The Good, the Bad, and the Ugly

On Friday, it was reported that American Consumers are finally opening up their wallets, recording the biggest consumption increase in a year. U.S. retail sales surged 1.3% in April, the largest increase since March 2015, as Americans stepped up purchases of automobiles and a range of other goods. [i] 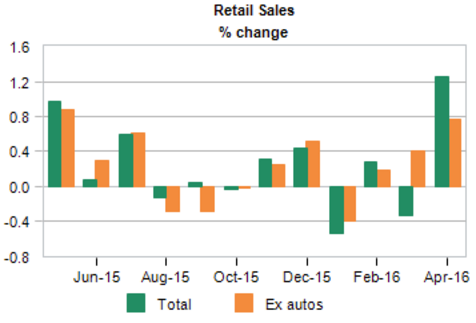 Excluding vehicles, sales rose 0.8%, and excluding vehicle and gasoline station sales, growth was still strong 0.6%. It appears the growth is broad based, and the consumer is feeling more confident as the University of Michigan survey of consumer confidence rose from 89 in April to 95.8 in May. [ii] 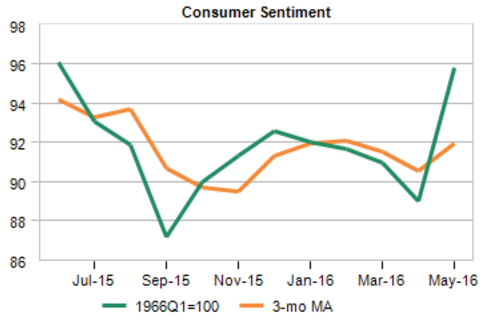 The consumer sales figures and sentiment are so good, in fact, they caused an uptick in the Atlanta Fed’s GDPNow model. After Friday’s retail sales report, the GDPNOW model forecast for real GDP growth (seasonally adjusted annual rate) in the second quarter of 2016 is now 2.8%, up from 2.2% on May 10.

Corporate profits often follow closely behind upticks in retail sales. Which could be a good thing for investors. [iv] 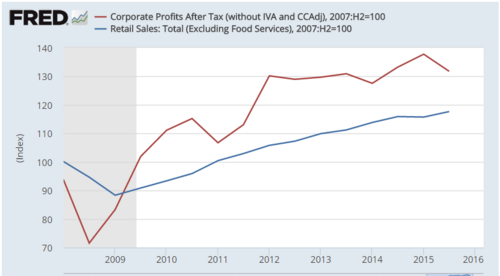 With all the good news coming out of the consumer, and a higher GDP growth forecasted, it could be more cause for the Fed to raise rates above the current 0.50% rate. Tightening monetary policy while other central banks are easing could be bad for the profits of large American companies with overseas sales.

Fed rate increases could strengthen the dollar, hurt exports, pull money out of emerging markets, and slow an already muted economy. While the probability of a June hike remains unchanged at just 4%. The probability of a rate hike has increased in July to 20% and September to 39%. [v] 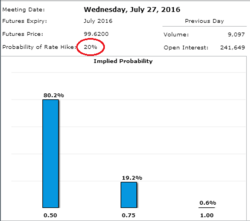 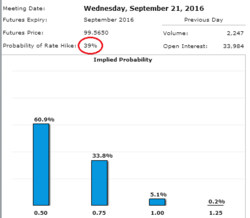 The U.S. economy appears to be doing better in the first half of the year than previously thought and consumers are feeling good about their situation. However, the dollar is still up about 15% against other currencies on a real broad trade-weighted basis, and global demand remains soft, particularly in China and Europe. [iv]

The slowdown in China’s economy is hitting emerging markets hard in Asia and Latin America and is also threatening the recovery in Europe.

Raising rates prematurely could make things ugly, hurting domestic exports and could cause GDP growth to fall short of expectations or the situation could deteriorate even further.

If you have questions or comments, please let us know. We always appreciate your feedback. You can get in touch with us via Twitter, Facebook, or you can email me directly. For additional information on this, please visit our website.