The Politics of Impeachment 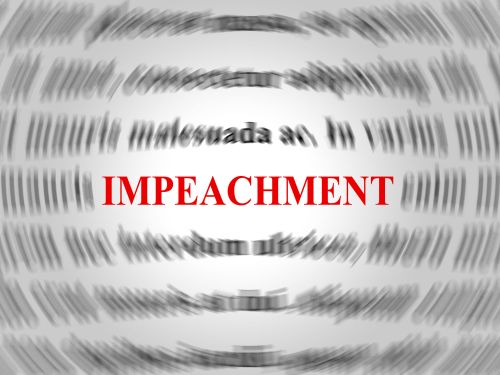 The long-awaited throwdown of partisan politics, accountability, or retribution – depending on your point of view – has started. I’d dare not venture into the partisan outcomes, but rather focus our attention on the possible economic and market implications of this event.

There have been four prior impeachment referrals in the history of the United States:

While we do not have reliable stock market data following the Buchanan and Johnson impeachments, here is how markets reacted to the Nixon and Clinton impeachment inquiries: [i] 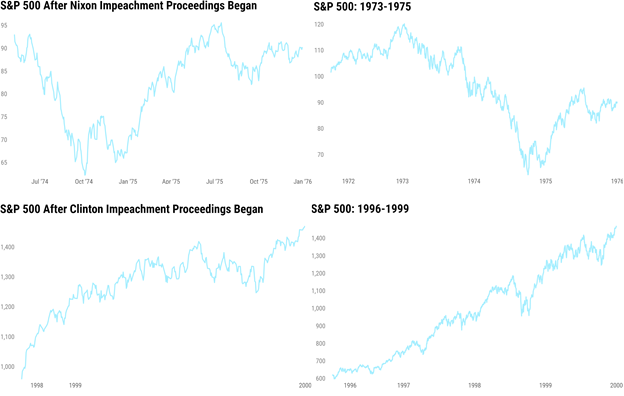 Further, as measured by consumer confidence, sentiment dipped precipitously in the lead up to the formal impeachment inquiry for Clinton. [ii]

Consumer confidence was not measured in the same way during Nixon’s impeachment inquiry, but sentiment fell in a similar way to the Clinton impeachment. [ii]

According to Axios, the two most recent impeachment processes had very different reactions from investors. [iii] 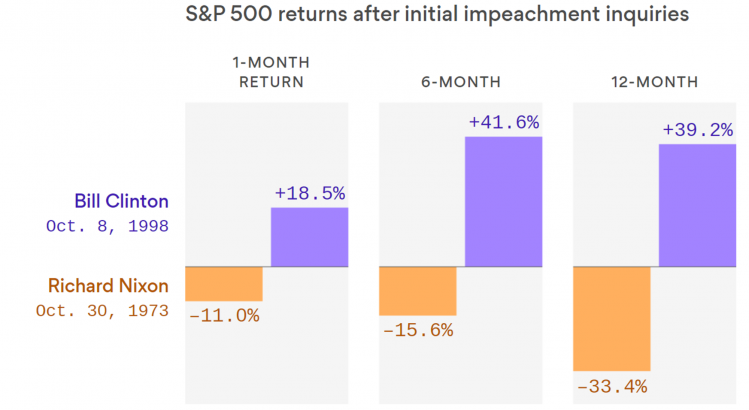 While the Clinton/Nixon datasets look arbitrary, much of the difference can be explained by macroeconomic and monetary policy differences. During the Nixon impeachment process, the economy was already weak, and the Federal Reserve was raising interest rates to fend off runaway inflation. Conversely, during the Clinton impeachment, the Federal Reserve was cutting rates. [iv] 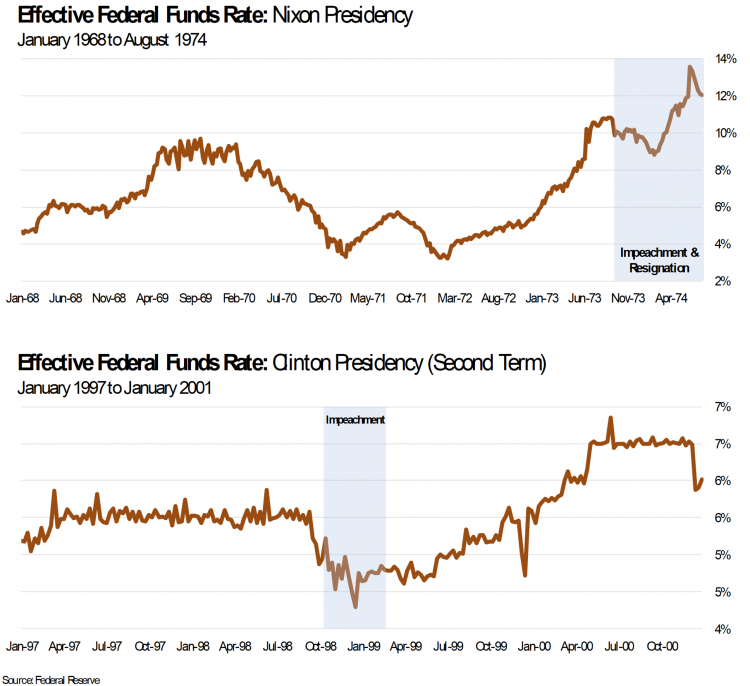 We know investor and consumer sentiment is critical for the markets and our consumption patterns. We also know both investor sentiment, according to the AAII Sentiment Survey, and consumer confidence took a hit in recent reports. [ii] [v]

Without getting into too much detail, the most recent survey taken over the weekend by CBS News showed there is less support for the President than one would expect. You can look at all the details here, but here is the heart of the matter: [vi]

While the general public approves of the inquiry, they also find it’s more of a partisan attack.

Whatever you believe, as investors we should expect the partisan lens to reign supreme. Absent strong earnings news, we should prepare for large doses of volatility and should be watching sentiment closely to determine if consumers pull back during this unsettling period in American politics.

Maybe Trump is looking for someone else to blame for the economic and psychological mood of Americans souring? Perhaps this is about the purity of the rule of law? It might even be a political attack that could disrupt the balance of power in Congress and the Presidency.

In any case, we know the gloves are off. The political season took a step toward overdrive and investors will need to have a serious gut check on their strategy as we face some considerable headwinds in the coming months.