Now that we have mostly concluded earnings season (over 85% of S&P 500 companies have reported earnings), we enter a quiet period of data and investors shift their focus back to macro events.[i] Before I address the "quiet period", let's quickly review a summary of Q4 earnings.

As you can see we exceeded on both earnings per share and revenue, albeit much lower expectations than historical growth averages (7.0% for EPS and 3.1% for revenue).[ii]

It's not surprising these "quiet" periods of time often meet with more volatility than we see during earnings season. It appears earnings provide investors an anchor to windward.[iii] 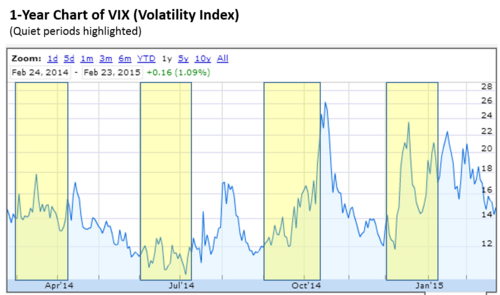 So what macro events and data are likely going to consume our attention before we start Q1 earnings season on April 13th?[iv]

Geopolitically we know we can expect more bad news from ISIS and Middle East volatility. While that region only represents about 3% of global GDP, the horrific terrorism campaign haunts us more than the economics.[v,vi] 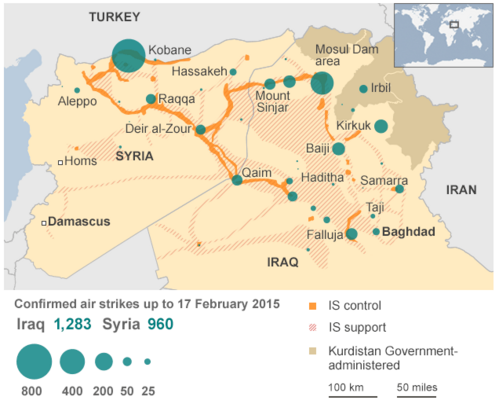 We can also expect continuing troubling news from Russia and Ukraine. It's always been clear to us that Russia wants a much bigger geographic buffer from Europe than simply the old border of Ukraine. In a prior posting, we examined the issue much more closely. A country like Ukraine that would become a NATO and EU member cannot sit only 354 miles from Moscow.[vii] It's their version of the Cuban Missile Crisis without the missiles. 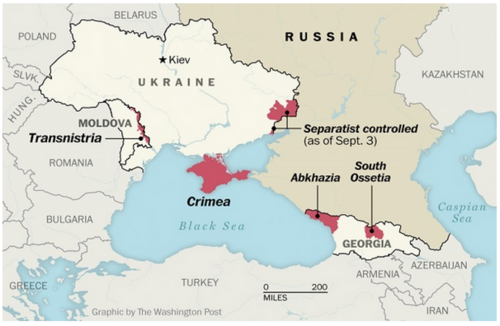 The current map shows an effective buffer being built by Russia.[viii] Let's hope that's all they want and not a resurrection of the former Soviet Union as many pundits suspect.

Of course any news on declining oil prices, strengthening dollar, jobs and inflation will adjust investors’ perspective on interest rates.[ix] 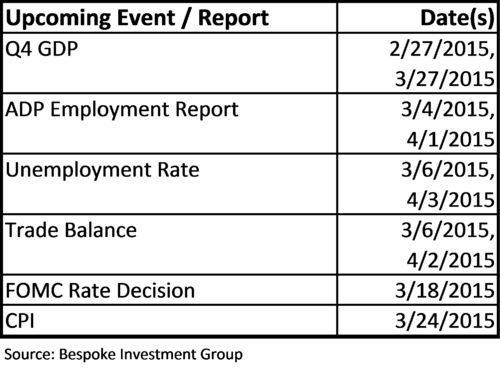 Right now investors are not expecting the Fed to raise rates until October of this year.[x] 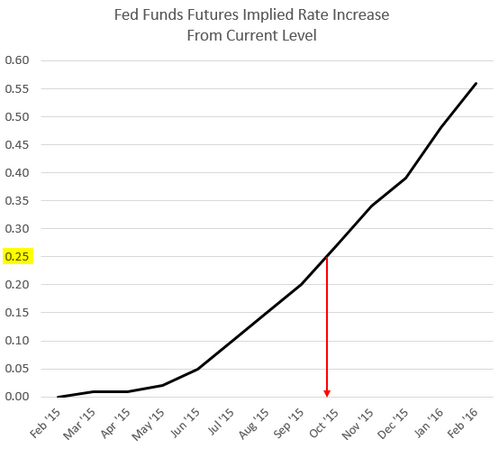 So while we enter a normally volatile cycle in the markets, don't let the variance spook you. Remember your portfolio is likely built on the averages, but the variances can always be painful.