The Virtuous Economy - Spinning at Last 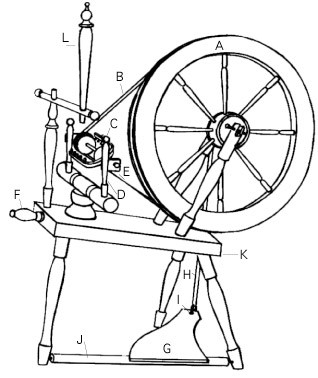 It's been well over 4 years since we wrote about the need for the return of the self-fulfilling economic cycle, one where the consumer earns and spends. In turn, US companies earn, hire, and produce, which drives more income earners to spend. It’s a "virtuous cycle" or a complex chain of events with a reinforcing feedback loop to be certain.

That's exactly where I think we are today.

Last week we saw the US economy grow by 3.9% in Q3, revised up from a prior estimate.[i] Much of that growth came from consumption and an expansion of inventories, both strong components of the "virtuous cycle".[ii] 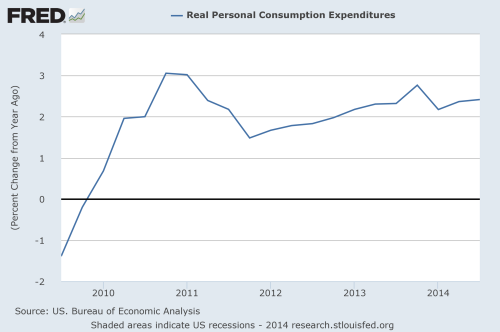 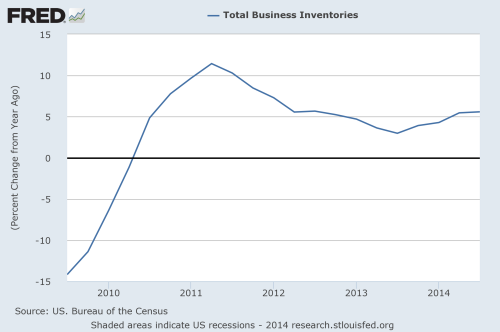 Another strong indication of the cycle is the amount of savings the US consumer is willing to spend down. From the chart below you can see some relatively high savings rates and certainly a willingness to spend down.[iii] 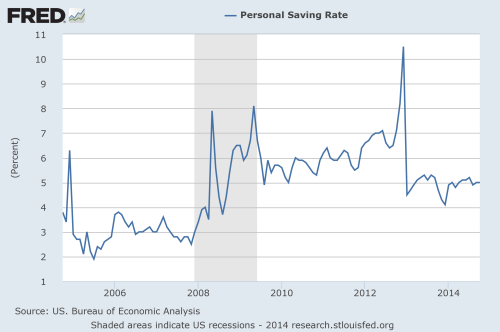 Further, a historic drop in oil prices is a strong additive to the consumer’s wallet. 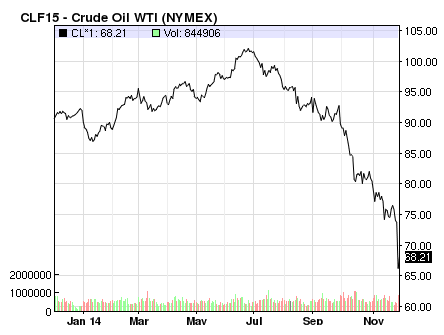 While we can speculate on the timing of a rise in oil prices, there are certainly some forces that are at play.

While production cuts can be made and felt in 3 months or less, these are some trends that can keep prices low and drive more disposable dollars into the US consumer's pocket.

Further, we are seeing a small lift in personal income and more Americans getting back to work. In fact, 2014 is setting up to be one of the best years for employment since the mid-1990's. If the November report comes in at 176k+ jobs we will certainly be on track to beat some employment records.[v] 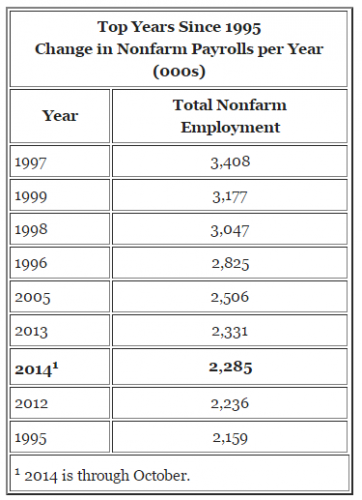 We will soon find out if Cyber Monday sales follow this trend and provide a boost to the Thanksgiving weekend sales total.

All of this speaks to the amount of confidence that the US Consumer currently has. It's certainly higher than in the past several years.[xiv]

It's hard to imagine the largest single-country economy in the world, ours, being built on something as fragile as confidence. However, it's that simple concept that can keep the virtuous cycle spinning through the end of the year.