There are certainly multiple ways to look at the impacts of a potential trade war between the U.S. and Mexico.  Depending on what political affiliation you fall under, your humanitarian beliefs, whether you’re a CEO or an employee of a multinational corporation, or the owner or employee of a small business, everyone will have different opinions supported by different facts.  Now I’m not discounting any of those opinions; however, I want to focus on what I think matters most for investors. For starters, take a look at the chart below. It’s crucial to understand the dynamic of imports and exports between the U.S. and Mexico. Based on this chart, it’s as clear as day that the U.S. imports far more products from Mexico than it exports. [i] 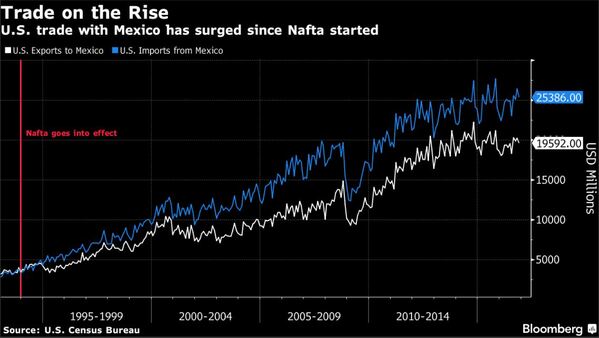 It’s not enough to know that we import more from Mexico versus what we export. It’s also equally necessary to see the relationships and industries that are affected by our importing/exporting relationship with Mexico. 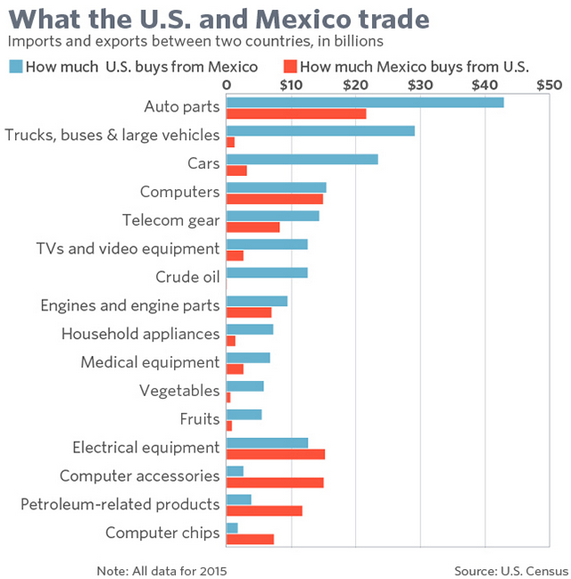 The industries that would be affected the most by a trade war would be Automobiles, Vegetables, Fruits, and Spirits.  Most notably, automakers would be the hardest hit.  Ford, GM, and Fiat Chrysler, as well as several other foreign automakers that export to the U.S., have assembly plants in Mexico. Approximately 1.58 million Mexican-made passenger vehicles worth $29.4 billion were imported to the U.S. during the first nine months of 2016. [i] 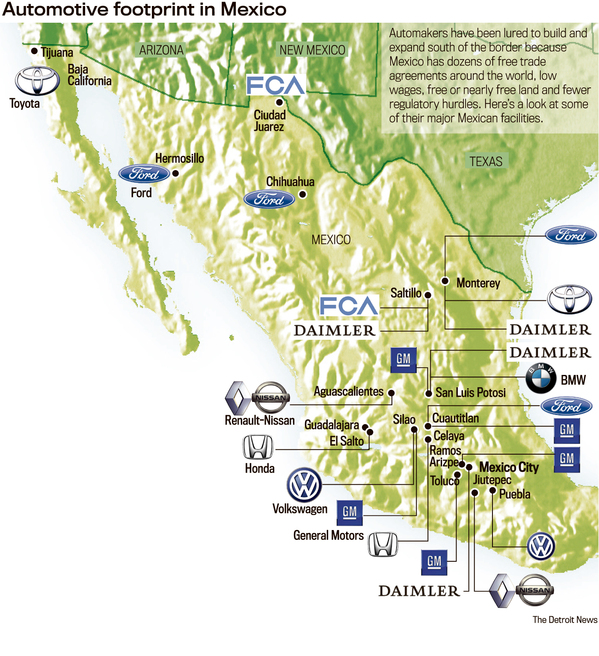 Hypothetically, according to a Bloomberg analyst, if all imports during the first eleven months of 2016 had been charged a 20% tax, U.S. importers would have paid approximately $54 billion in tariffs.  Not only does that exceed the reported $15 billion it would cost to build a border wall between the U.S. and Mexico, but it raises the question of who would really pay for the wall?  American companies and consumers would bear the brunt of such a tariff. [i] 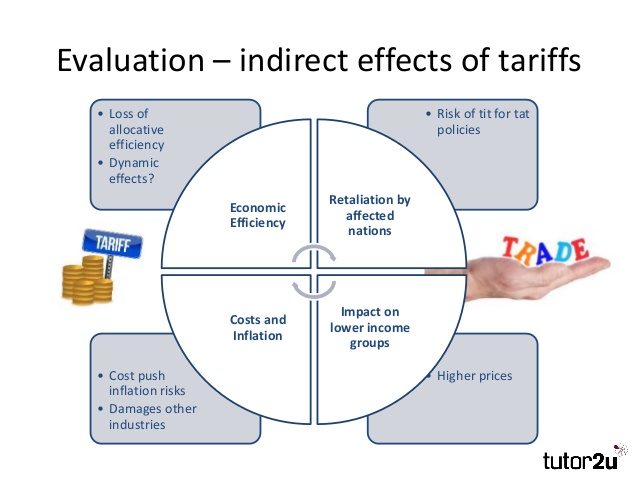 According to the U.S. Chamber of Commerce, there are six million U.S. jobs that depend on trade with Mexico.  Taxing Mexican imports would likely lead to American consumers and companies facing higher prices for products ranging from cars to computers to avocados to Corona. [ii] Take a look at the dollar terms associated with what we import from Mexico.

Mexico’s economy has been dependent on trade with the U.S. for quite some time. The relationship and dependency has only deepened since former President Bill Clinton enacted NAFTA, which lowered trade barriers between the two nations.  Since then, exports from Mexico have more than quadrupled.  They now account for 37.5% of Mexico’s GDP vs 12.3% of the U.S. GDP. [iii] 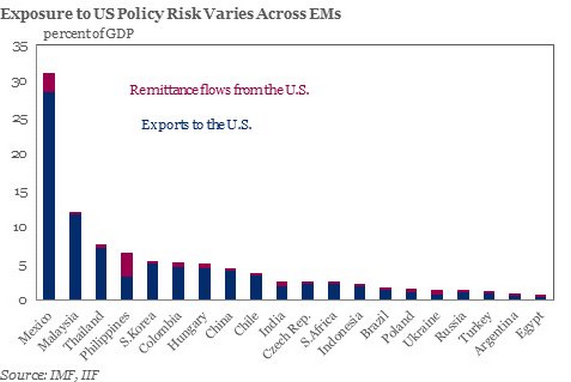 I’m not saying that there aren’t areas of NAFTA that need to be renegotiated, but an all-out trade war would likely have more costs to both countries than benefits to the United States.  Basic economics also shows us that Mexico would likely suffer with a 20% tariff on imports, but the direct source of funding the border wall will come from the American consumer.