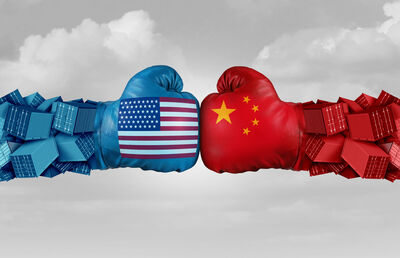 Last week was a significant week for global trade as the trade war with China took a very predictable turn with President Trump crying “uncle.”

Realizing the Midwestern farmer has turned decidedly against the President when it comes to trade, he did the only thing he could do: create a soft landing. According to one source, “over 80% of the 693 Iowa, Illinois and Minnesota farmers surveyed from February through June said trade disruptions had an adverse effect on their net farm income in 2018. Almost a third reported that their income dropped by over 20%.” [i] 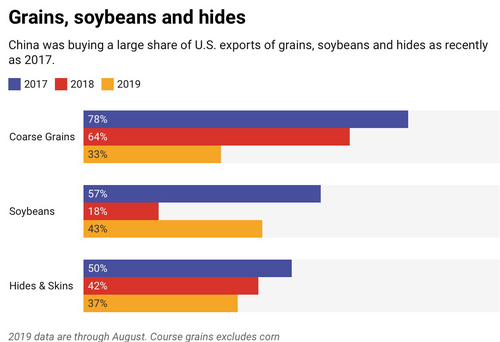 The U.S. agreed not to proceed with the 15% tariffs on consumer goods which were scheduled to go into effect on Sunday and will reduce the September 2019 tariffs on $120 billion in Chinese goods – halving them from 15% to 7.5%. However, the 25% tariff on $250 billion on Chinese imports will be maintained and further reductions will be linked to progress in future trade negotiations. [ii] 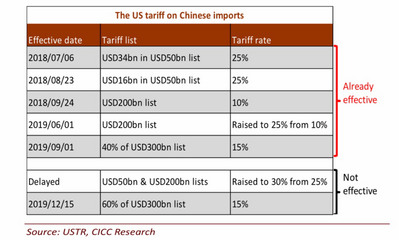 In exchange, the U.S. extracted a promise from China to increase the purchase of U.S. goods and services over the next two years, suspend retaliatory tariffs, and put a tariff exclusion program into place. Among the potential purchases, China will import U.S. agricultural products worth $40 to $50 billion in each of the next two years.

Further, the Chinese agreed to open their markets in a few sectors, which will include changes regarding intellectual property safeguards, technology, and financial services.

As evidenced by the comprehensive trade war timeline below, it’s been quite a ride for the President and, unfortunately, for the U.S. economy. [iii]

While it is fairly easy to calculate lost GDP in the short run, it is more difficult to calculate the long-term, permanent impact to the U.S. economy. For example, while Trump was imposing tariffs on China, they were retaliating by imposing tariffs on us. One such tariff was on U.S. soybean exports. We were the largest exporter to China in this category and, not surprisingly, China knew exactly which states to attack to impact the President politically while simultaneously finding a new Soybean supplier in Brazil. [iv] 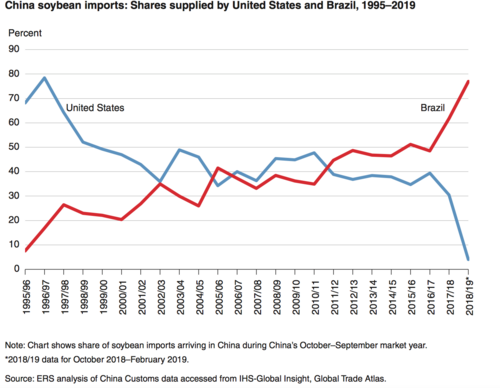 If you recall the headlines about the Amazon Rainforest burning up a few months ago [v][vi][vii], that was no accident. As someone who has spent many weeks in remote parts of the Amazon, I can tell you the rainforest does not spontaneously combust. The locals may have burned the forest to plant soybeans to sell to China.

Let’s face it, the American soybean farmer has a new competitor thanks to ill-informed trade policy. That has been proven as we have seen the price of soybeans hardly budge on the announcement of the trade deal, up only 1.07% as of this writing. Since peaking in March 2018, soybean prices are down 14.87%. 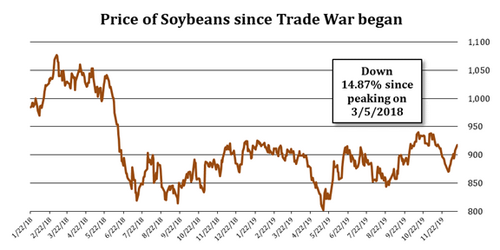 The good news is that this is behind us for now.

On another trade front, the Speaker of the House of Representatives suggested they would approve the USMCA trade deal (NAFTA 2) by the end of the week after the Trump administration made a concession on biologic drugs by removing language that would have protected expensive drugs from generic imitators for 10 years. Again, this deal has marginal impact, yet it is still good to get this on its way through a hyper-partisan government.

One thing I have learned through all of this is that it is not a trade war President Trump is conducting—it’s the continuation of an economic war with most of the world and the World Trade Organization (WTO).

Not so coincidentally, last week the WTO lost two more judges that hear trade dispute cases, leaving the WTO appellate court without the necessary judges to hear current cases. Between the Bush, Obama, and Trump administrations not approving these appointments, the WTO is now rendered useless.

Just take a look at the escalation of trade disputes in the last few years as reported by the WTO. [viii] 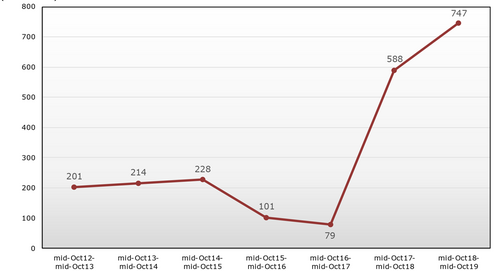 Let’s drilldown on just the disputes with China and the United States.

First, let’s review disputes against China from around the world according the WTO complaint system. [ix] 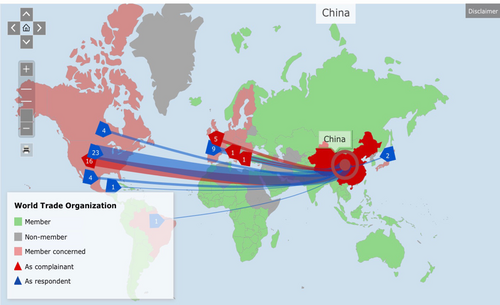 Now, take a look at the disputes against the United States from around the world. [ix] 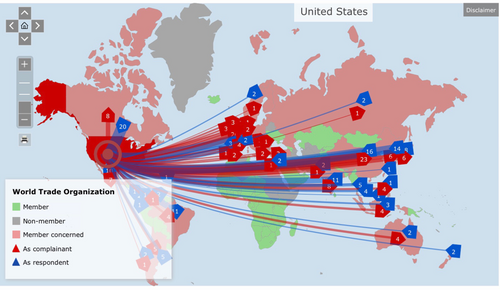 It’s not a surprise the United States policy for the last three administrations has been hostile to the WTO. We are the target of so much litigation against our global economic presence it is no wonder the current President has a suspicious view toward global trade.

While there is a decidedly positive truce to the current trade war, it would be foolish to think the global economic war won’t continue. From the charts above, it looks like China might win again!