Since Donald Trump won the U.S. Presidential Election, there has been a lot of social anxiety, name calling, and fear baiting type ‘tantrums.’ However, these outbursts are not the only tantrums to which I’m referring when considering the situation surrounding President-Elect Trump.

For one, there appears to be a dollar denominated reaction to the Trump Presidency. In the last week since the Trump election, we have seen the dollar rally 3.18% [i].

As a matter of fact, the U.S. dollar is at a level that we have not seen in the last eleven years [ii].

To attribute the dollar rally entirely to Trump would be too simplistic. Since the announcement of President-Elect Trump, the U.S. Economy is showing a lot of strength.

The current GDP NowCast from the Atlanta Fed for Q4 suggests that the economy could grow as much as 3.6%, with much of it anticipated to be driven by better retail sales [iii]. 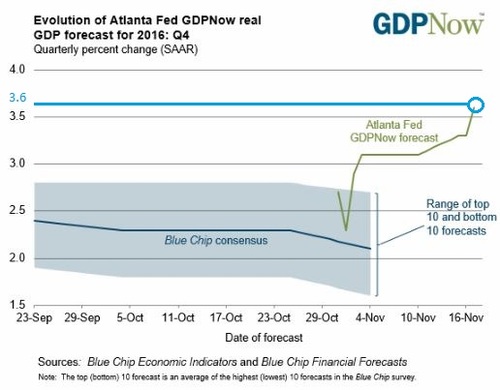 Furthermore, we are now seeing a recovery from the revenue and earnings recession we have been in for quite some time. We are in a much stronger earnings scenario today than was forecasted on Sept. 30th. Earnings are now expected to have YOY growth of 3%, vs. Sept. 30th, when Earnings were previously expected to have another QTR of contraction [iv]. 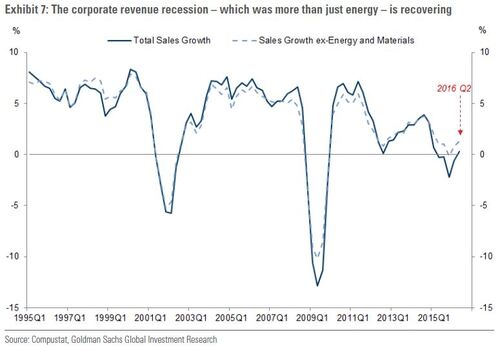 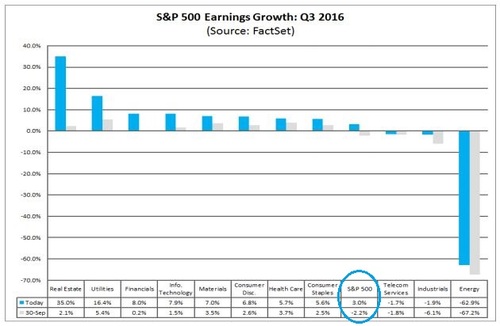 The Fiscal Stimulus that we have spoken about in a previous commentary would indicate a necessity to fuel growth as a message of strength.

And the Fed's predicted interest rate raise on December 14th (95.4% probability) has fueled a dollar rally, as expected by futures contracts [xii]. In fact, this time last year, we experienced the same thing with the U.S. Dollar when we anticipated a rate increase. 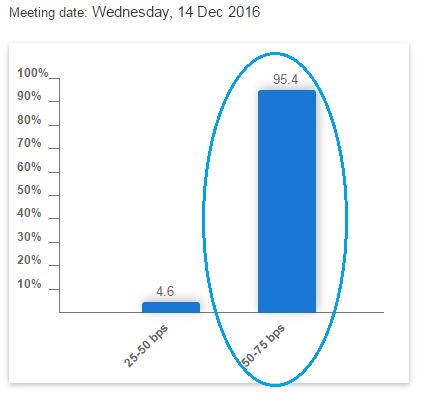 To date, the biggest post-election loser has been the Emerging Markets (E.M.). The E.M. index is down 6.8% since Trump won the election [i].

Again, it would be easy to suggest Trump's bluster about nationalism and protectionism is the cause for the pullback. Frankly, in my opinion, the strength of our economy has forced our hand on the dollar and a flight of capital out of E.M. markets [vii]. 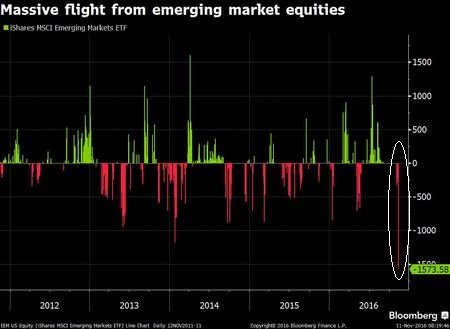 One factor compounding the challenge is a new trend in lending where Emerging Market companies borrow in U.S. dollars due to the relatively cheap interest rates. Now that the U.S. dollar has strengthened against most currencies, these E.M. companies need to convert their local currency sales to pay their interest and principal. This creates a need for greater sales in order to meet the demands of dollar denominated loans [xi]. 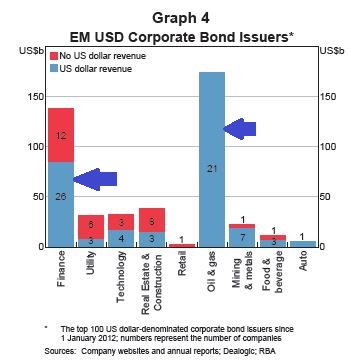 Finally, the U.S. dollar could certainly be impacted by the notion that U.S. companies will pull their monies out of foreign banks and repatriate those back to the U.S. under a Trump tax proposal. That amounts to nearly 2.5 trillion dollars that may leave foreign banks [ix], which would be troublesome to these banks, who are scrambling to get their hands on more of our currency.

Yet, before we all run for the exit on E.M., much of the pullback could also be contributed to China, which is almost 1/3 of the overall E.M. index [xiii]. After all, China has the most U.S. dollar denominated debt, much of which is focused in the Financial and Energy sectors. 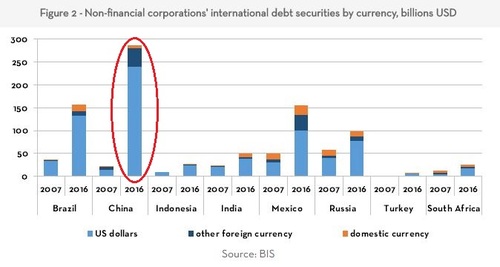 As we have maintained all along, active management in E.M. is critical. Our selected manager maintains underweighting to China relative to the index. In addition, we continue to focus on those industries that are least impacted by dollar denominated debt.

Let's not mistake the Trump Tantrum for what's actually happening: A strengthening of the U.S. Economy, higher interest rates, and a stronger U.S. dollar with which to contend.