Watching Coconuts and Fish or the Island… What Matters More?

The U.S. debt level just blew the doors off any expectations.  Late last week the U.S. Department of the Treasury reported U.S. debt levels that topped $21 trillion. [i] 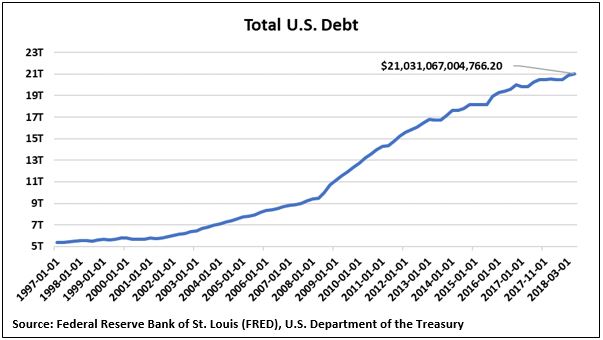 Make no mistake, this is the highest level of debt on record. 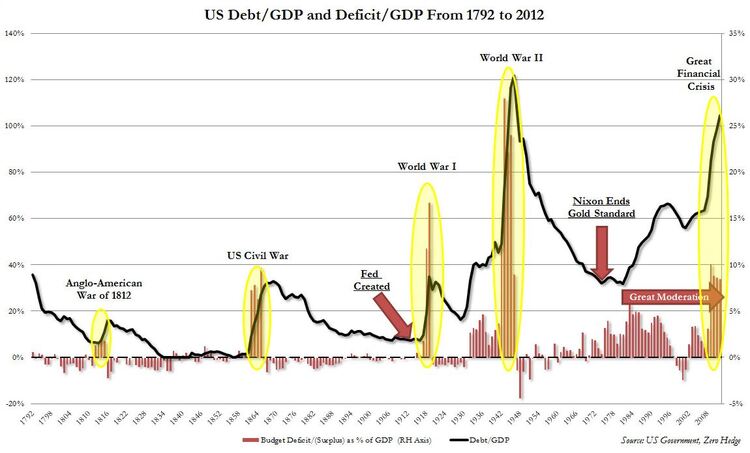 Despite the significance of this ratio being widely debated, the fact remains that this is a measure of the cumulative deficit the United States runs over its entire history compared with the current year’s total output for the U.S. economy.  In the chart above, you can see that the United States has run some pretty large deficits, not to mention that those deficits have continued into present time. [iii]

Among the many reasons for the deficits, a few worth noting are as follows:

Although consensus thinking would lead most people to be alarmed at the growing debt, and perhaps we should be, the consequences of the debt are what we should be focusing on.

Is the current level of debt, and more relevant, the cost to service this debt (interest payments), an issue? 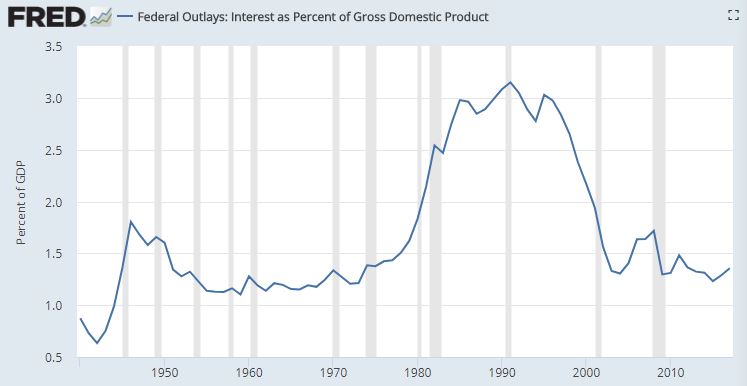 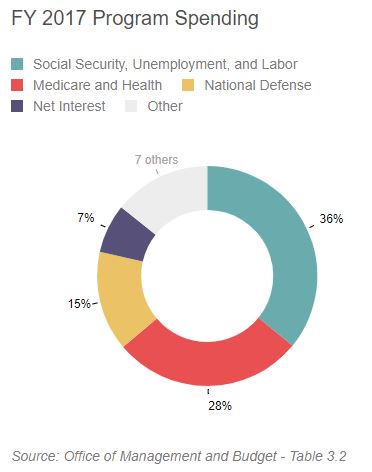 Not to mention, some of that debt service expense is being paid to foreign holders of U.S. debt, such as China and Japan. [viii] 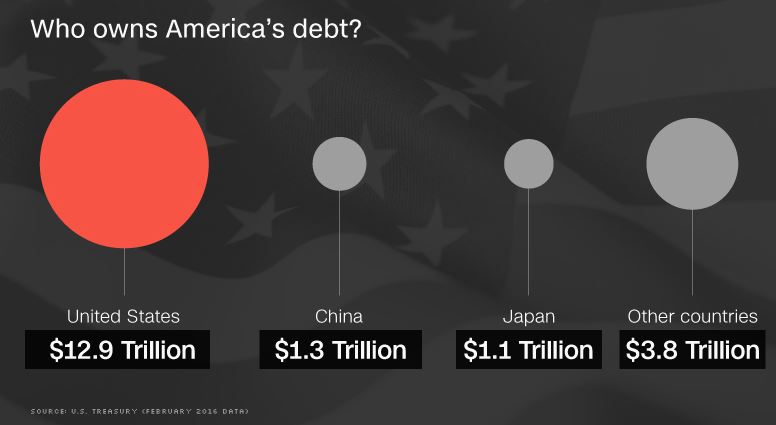 Based on this, we can conclude that interest payments on government spending erode GDP over time. What does this mean?  It means that we’re likely going to lose out on some support to GDP growth as interest rates rise or deficit/debt levels grow. 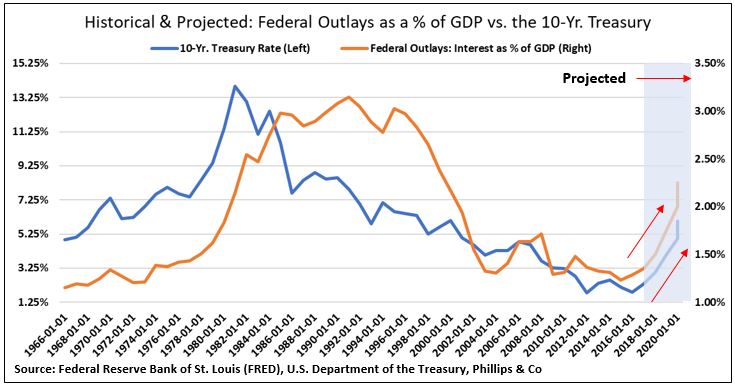 In my opinion, as long as the economy continues to grow, we are not headed toward a financial hiccup. However, that’s a big assumption, because we know that nothing, including U.S. GDP growth, continues indefinitely without a period of slower growth or contraction.

Keep in mind, I’m not that worried about the debt level or debt service payments, as long as interest rates remain at low levels.  I’m not even that worried about changes and fluctuations in GDP growth levels because they happen all the time. 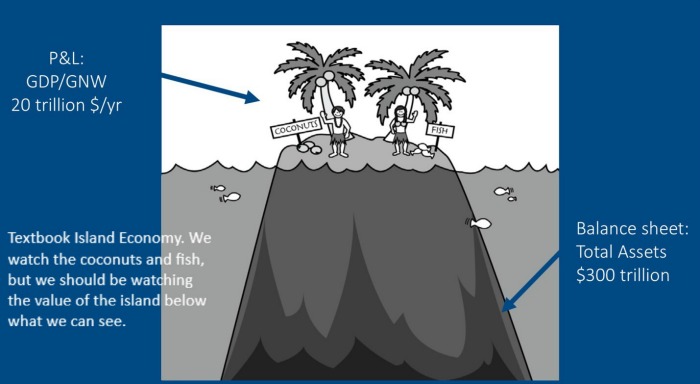 Let’s keep an eye on the island as well as the coconuts and fish.  It’s simple math!