We are over two weeks into earnings season, and it looks like companies are doing two things: managing their earnings well, and also managing expectations well. 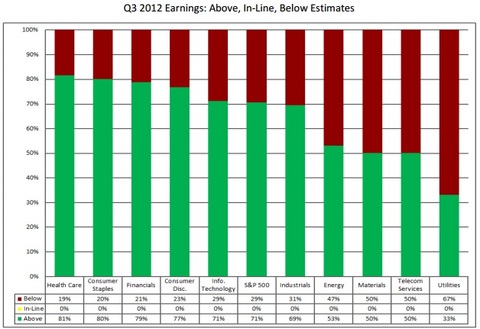 You can see from the chart below from FactSet, when it comes to setting investor expectations, only 64 companies in the S&P 500 have issued guidance for the next quarter and 48 of them have been below EPS estimates. It's clear that corporate offices are feeling nervous as they give guidance about future earnings that are much lower than expected. 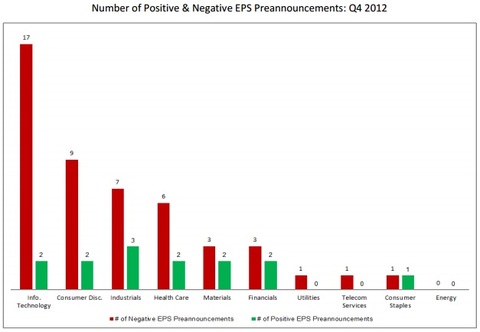 When you review a few earnings releases from some of the largest companies, they are consistently citing global growth in emerging and developed economies as a major concern.

“You know, clearly we have – we saw a softening in the consumer segments. We talked about that when we did the pre-announcement about a month ago, and the surprise there was that China, which had been very strong, turned weak on us…” –Intel (Oct. 16, FactSet)

There still appears to be a lot of uncertainty in this final quarter of the year which could lead to some turbulence in the markets:

However, we have seen uncertain and turbulence times in the past. At the turn of the century you could have seen a list of worries like this:

When you look at what the markets have done since then, you can see our economic engine continues to run.

If you have questions or comments please let us know as we always appreciate your feedback. You can get in touch with us via Twitter, Facebook, or you can Email me directly. For additional information on this, please visit our website.