In September, the unemployment dropped to 7.8% from 8.1%, according the Bureau of Labor Statistics report last Friday. With such a dramatic drop in the unemployment rate, you would assume more Americans are getting back to work at a much faster pace than anticipated.

The reality is we only added 114,000 jobs last month. Most economists suggest we need to add at least 200,000 per month just to keep up with new entrants into the workforce. The disparity between the net new jobs number and the dramatic drop in the unemployment rate has led a number of people, including famed former CEO of GE Jack Welch, to suggest some kind of conspiracy theory about the government manipulating the numbers. 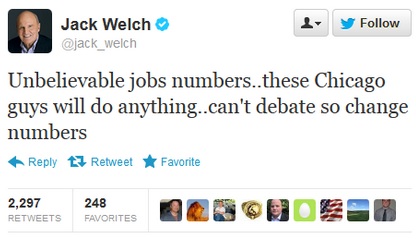 Breaking down the BLS Report

While it would be easy to leave it to the conspiracy theorists, I’m not buying their stories. Instead, let’s take a deeper look at the report from the BLS to see if we can determine what is really going on.

Second, this is not the first time the two surveys have shown such a divergence. In the graph below you can see the new jobs added based on each survey (household survey in green, and establishment survey in brown) going back to the beginning of the millennium. In the recovery from the early 2000s recession we saw similar spikes in the household survey suggesting a stronger recovery than the establishment survey. 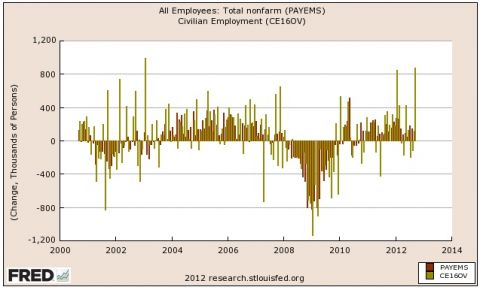 So what drove this divergence in the household survey this time? It appears to have come from people getting part time employment due to economic reasons. In other words, they got part time work but really wanted full time work. Looking back at the data during the recovery from the early 2000s recession, you can also see a rise in the number of people claiming “Part Time Employment for Economic Reasons” 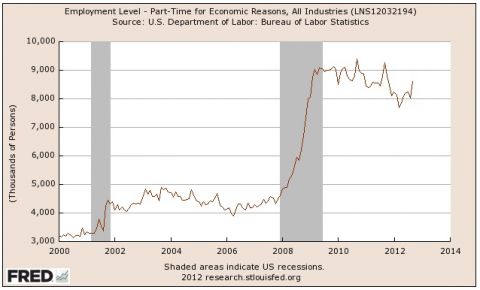 This is better than Americans not working at all, but it's not necessarily the outcome we want for sustainable economic growth.

Digging deeper into the establishment survey, we did see other troubling signs. Manufacturers and Good’s Producers shed 16,000 and 10,000 jobs respectively. Some might consider the fact that government added 10,000 jobs as a positive sign, but if we are facing deep cuts to government, I don’t believe this segment can be counted on for much more.

Some concluded from this report that the coast is getting clearer, some see more clouds on the horizons and a few are still fitting it into their most recent conspiracy theory. The bottom line is we still have a tough fiscal debate coming up at the end of the year –and the last time Congress failed to act, equities sold off, volatility spiked and the United States’ credit was downgraded. 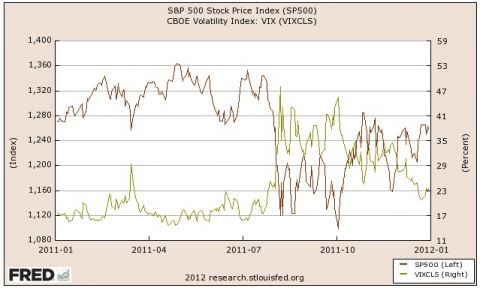 ...one should be wary of gaining any comfort from the part time confusion in the employment numbers.