Wealth Does Not Equal Consumption: How Long Can This Last?
Weekly CEO Commentary 9-24-12
Tim Phillips, CEO – Phillips and Company

It's abundantly clear that Chairman Bernanke has been hard at work, and his actions have now had a positive impact on investors. 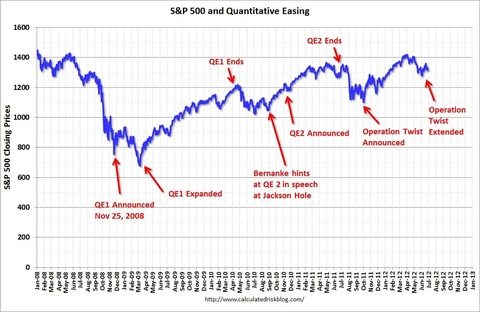 As we have written in the past, the only thing monetary intervention might be creating is a bit of the wealth effect. Based upon the chart above, those that have investments should be feeling wealthier since the Federal Reserve began quantitative easing.

Further, those with homes might be feeling less poor with a recent upturn in housing prices according to the Case-Shiller Composite Indices. 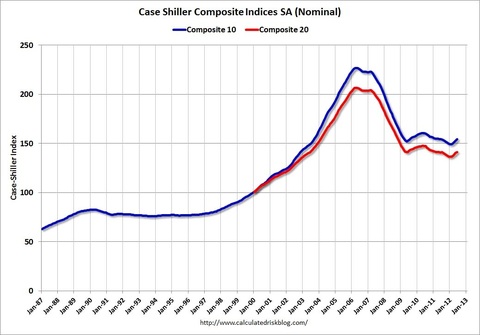 Unfortunately, the end goal of all of this monetary intervention is to stimulate end demand (consumption) and create job growth, not increase asset prices. The consequences of all of this market distortion will be felt most likely in some outlying years, 2016 and beyond.

As for creating job growth today, unemployment appears to remain stubbornly above 8% and weekly initial unemployment claims have been moving sideways most of the year according to the Bureau of Labor Statistics. 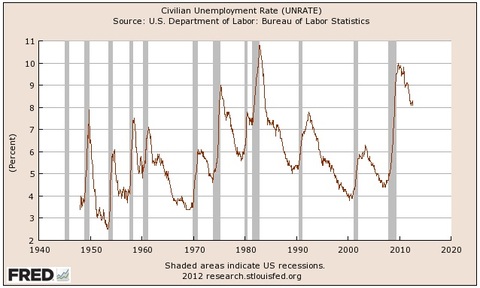 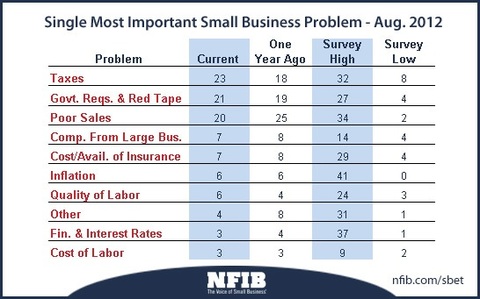 In addition, a recent survey by Duke University showed 43% of CEOs are most concerned about consumer demand while only 15% are worried about interest rates. 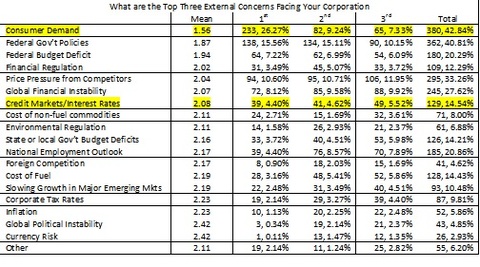 What you might notice, besides the disparity between consumer demand and interest rates, is how much concern there is over high government regulations, red tape and federal government policies. 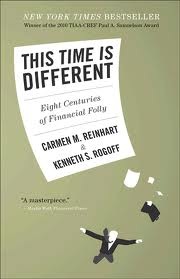 Carmen Reinhart and Kenneth Rogoff wrote one of the best history books on financial crises called This Time Is Different. In a recent paper titled, Public Debt Overhangs: Advanced-Economy Episodes Since 1800, they looked at countries since 1800 with 90% public debt to GDP for 5 years or longer, which now includes the United States. Their study concluded:

It's not clear what causes high debt countries to find themselves in their high debt situation. The reasons include war, excessive borrowing for social programs, and simulative efforts to avoid depressions, to name a few. It is clear, however, that the time it takes to resolve these behaviors massively distorts markets.

The good news in all of this is that stock markets are not entirely correlated to US or World GDP in the short run. So, perhaps we can grow our wealth at the same time people consume less. I have a funny feeling this can't last long though.