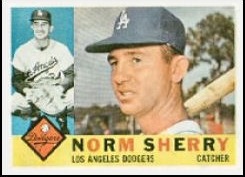 We just crossed the half way mark for the year, and that means two things: earning season is getting under way in earnest, and we are a little over half way through the 2012 baseball season.

As expected, earnings have been weaker than usual, specifically on the revenue side. According to Bespoke this could be the lowest revenue beat rate since the first quarter of 2009!

If revenues continue to be weak this earnings season, then corporate profit margins are likely going to be weaker than prior quarters.

Based on the economic data over the last few months, a number of financial firms have lowered their Q2 2012 GDP growth projections for the United States from 2.3% to 1.8% according to Bloomberg.

What really counts now is not the number of companies beating

earnings estimates, or even the downward revisions to the GDP numbers. What really counts is your reaction to the upcoming potential volatility – even more so than your advisors reaction. Allow me to illustrate my point.

The famous LA Dodger’s pitcher, Sandy Koufax, started his career out fairly inauspicious. He was simply too strong, too fast, and too wild with his pitching for any catcher to handle. Then in 1961, a second string catcher for the Dodgers, Norm Sherry, told him to slow down to maintain better control. Take a look at Koufax’s stats before and after 1961 when Norm gave him those words of wisdom:

Jerry Maguire said it best, “Help me, help you.”

Nothing could be truer for pitchers and catchers, as well as advisors and clients. A study by Watson Wyatt show investors can increase their returns by at least 1-2% per year when they function at highly efficient levels with their advisor.

As we enter what could be another volatile period, your advisor should be throwing you some pitches (read: ideas) on how to reduce risk while not giving up too much return. It's entirely up to you if you want to catch the pitch.

If your advisor is not having these conversations with you, then that's on them. Any good advisor that’s worth their weight should be constantly reviewing the risk-reward tradeoffs in these volatile markets with their clients.