The S&P 500 appeared to have another decent week ending up 0.36%. However, this is misleading because all of those gains came on Friday, whereas the market was actually down during the other four days of the week. This includes the initial knee-jerk reaction lower on the Federal Reserve’s decision to not take additional actions on quantitative easing. If you recall, each time the Fed has taken monetary actions in the last few years, the markets have rallied. 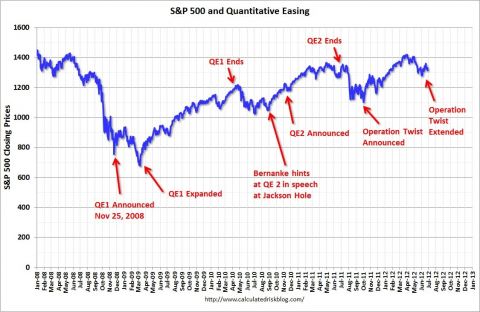 We are now past halfway through earnings season, and if you look at just the bottom line earnings numbers, it appears to be in line with the last few quarters. But, those earnings are coming from much lower top line revenue numbers. In order to maintain quality earnings growth, companies must continue to grow revenue.

As you can see, the percentage of companies beating earnings estimates for the last few quarters have been consistent—around 60% according to Bespoke Investment Group. Unfortunately, the percentage of companies beating revenue estimates have been trending lower and are now at levels last seen in 2009. Once again, the headline number is slightly misleading and confusing. 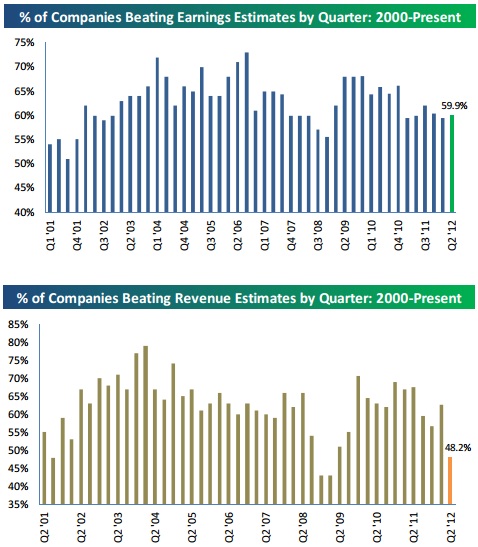 Then on Friday, we saw what appeared to be some pretty strong jobs data. The economy added 163,000 jobs in July, which was much more than the expected 100,000. The Dow Jones Industrial Average rallied over 200 points on Friday. However, once you look beyond the headline number, there were some fairly concerning data that makes the headline number a little confusing.

According to the Bureau of Labor Statistics:

Lastly, according to Bill McBride of Calculated Risk: 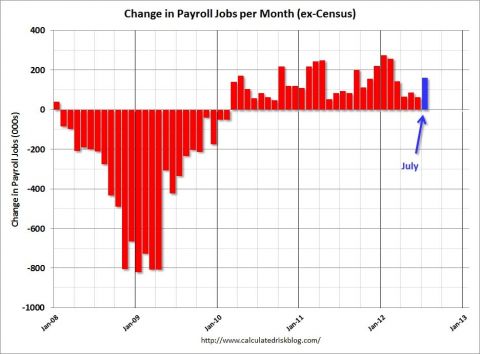 What this all means

So if the earnings data and employment data is fairly negative at the core, then why have the markets rallied? The answer is not intuitive but it does confirm what's driving our markets to three-month highs. Basically, this weak economic data continues to leave the door open for further Federal Reserve policy action. Based upon the first chart above, this type of activity has a strong correlation to positive market returns.

Unfortunately, this is not a long term solution; we need the fundamentals of our economy (employment) and companies (revenue growth) to drive equity prices higher in the long run. As we saw last week, speculating is a very small part of long run returns.