The events in France on Friday have reminded the world we are in dangerous and unpredictable times. Americans need little reminder, as the horror of the 9-11 attacks are etched into our collective memories.

France will now likely follow in the footsteps of America as they adopt a war footing. French President Hollande has now declared war on ISIS and recognized the attack in Paris as "an act of war.”

The coordinated attack by three teams, of only 8 total insurgents, left the French Capital paralyzed, and comes just two weeks after the bombing of a Russian passenger jet leaving Sharem el-Sheikh, Egypt. It also comes a day after a pair of explosions killed 43 people near Beirut, Lebanon. If all these attacks, off the main battlefield in Syria and Iraq, were indeed the work of ISIS, then this marks a major escalation of the group’s global threat and reach and signifies a shift in tactics. If connected, what happens to global economic stability?

It's tragic and unthinkable to lose human life in this manner and the economic consequences are almost a trivial matter. Regrettably, we find ourselves once again considering the economic impact of terror. Writing these posts as long as we have, it's not our first time commenting on this topic and we pray it will be our last.

Europe represented better valuations relative to the U.S. and that’s why we maintain about a 16% weighting in greater Europe and 1% in France, in our managed portfolios. It's critical we put our disgust, anger, and sorrow aside and review exposure and possible consequences. [i] 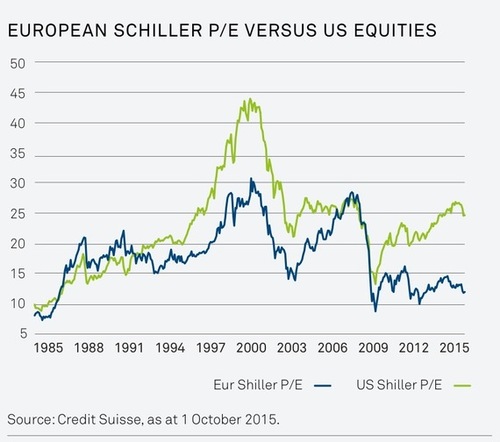 France embodies about $2.8 trillion (3.6%) of global GDP while the Eurozone is the largest collective economy at 22% of global GDP, according to The World Bank. Further, 12% of S&P 500 sales are generated from the EU. Europe was on a recovery path with confidence improving from the 2013 lows. It's a big deal if this attack reshapes the economy. [ii] [iii] [iv] 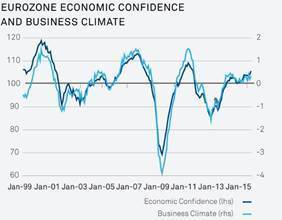 The terrorists were deliberate about attacking at the heart of where people leisured, spent and consumed in France. Consumption represents about 58% of French GDP and has been rebounding as of late. [v]

France, like most European countries, has had anemic GDP growth for many years. [vi] 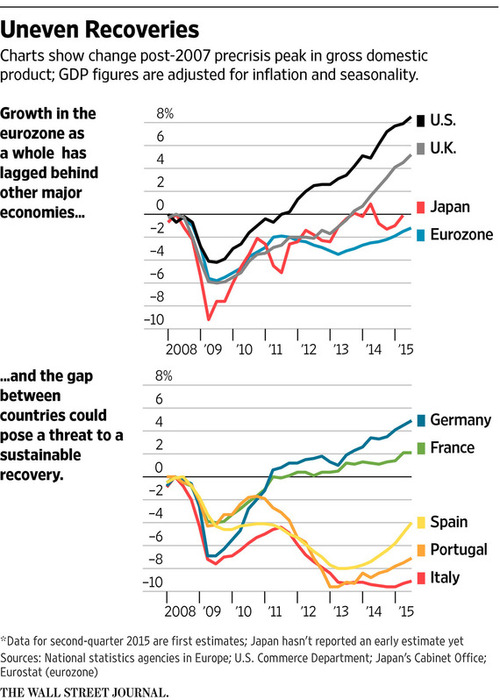 Even the smallest amount of contraction by the consumer can be consequential for total economic output. Just imagine if the French consumer took a break from their daily activities and pulled back on spending; similar to how Americans did during following 9-11. Our consumption contracted 1% before it recovered quickly. [vii]

If that same thing happened to France and Europe, you could see their GDP growth dip into recessionary territory. How the lasting effect will be on the French economy or beyond, once the initial shock has faded, is difficult to predict. "Typically, economists say, the commercial impact of terrorist attacks tends to be small and temporary. That was the case after attacks in London (2005), in Madrid (2004), and even in New York (2001)," Jörge Kramer, Chief economist at Commerzbank Frankfurt, said today. [viii]

Although European stock markets opened lower today, led down by the main French index, the CAC 40 in Paris, the European indexes are all now flat or in slightly positive territory. Expectations that the European Central Bank will step up its stimulus to the Eurozone economy when it meets next month have been further solidified by the Paris attacks.

When you look at the impact on the World GDP growth the attacks could be significant as we are trending down on GDP expectations for the world. [ix] 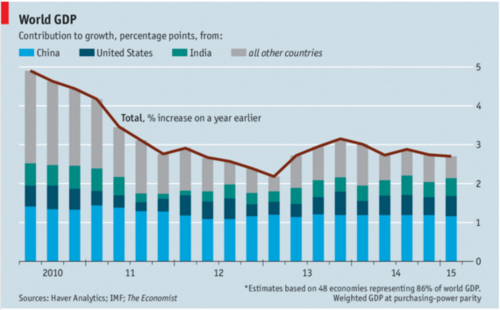 While our exposure is limited in France and Europe, we will need to determine the impact of this tragic event. The good news is behavior is in our favor as markets and consumers tend to shake off these horrific shocks and regain their balance. Let's hope so in more ways than one.