Who Missed Catching the Ball?

The answer: Most of Wall Street, including to some degree us, when it comes to the short-term direction of interest rates.

While we knew rates would be persistently low for some period of time, we expected a small rise in rates at the beginning of the year. See our posting on Too Soon to Taper (Dec 2013).

It's always hard to be right when forecasting the future and it appears bond bulls were rewarded in the short run. You can see from the chart below, rates actually dropped and bond traders accurately forecasted a pullback in US economic growth.[i] 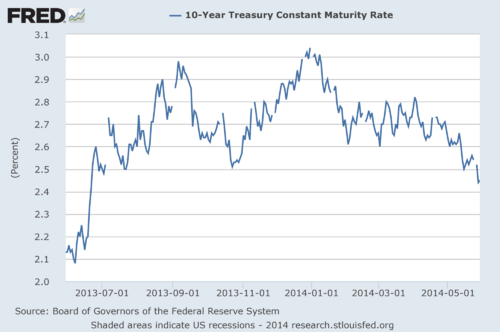 With the 2nd revision of Q1 GDP posting a reduction, a recession is only one more quarter away. The common definition of a recession is a period of two consecutive quarterly declines in real GDP.[ii, iii] 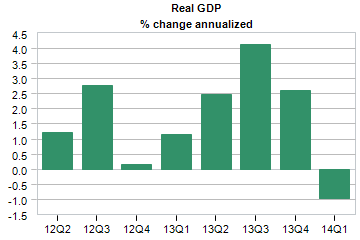 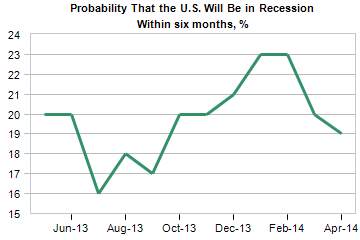 Clearly a more granular look at the component parts of GDP is needed to see how things look for Q2.[v] 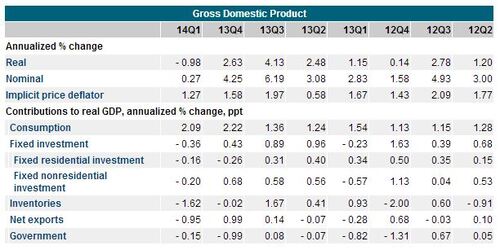 Looking at recent trends, consumption in Q1 remained stable, which is important as it makes up about 70% of GDP. The decline in Q1 GDP was driven by drops in the inventory, fixed nonresidential investment, and net exports segments. Businesses produced less product, invested less in capacity, and sold less internationally. Initial reports for GDP-related data suggest that Q2 GDP is off to a slow start. 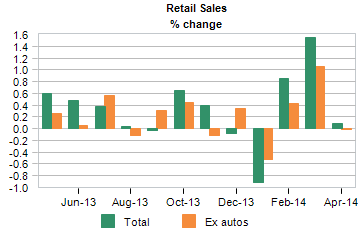 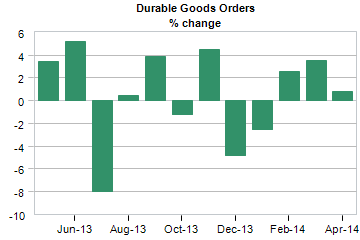 Will we have another quarter of GDP shrinkage? It’s possible, but slow growth appears more likely based on the indicators. Economists are calling for a significant rebound in Q2, in part due to pent-up demand from consumers who delayed purchases due to the bad weather earlier in the year. We’ll know soon enough if they are correct, or if the ball gets dropped again.

In this type of environment, we are adding some duration to the fixed income portion of our portfolios. With continued low inflation and slow GDP growth, rates are likely to remain low for the near term and higher duration portfolios should benefit in this scenario.