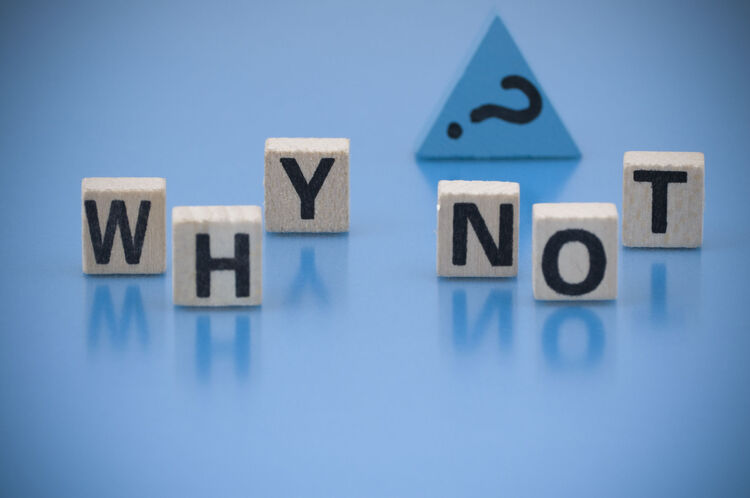 We are fast approaching the longest economic expansion in recorded U.S. history. [i] 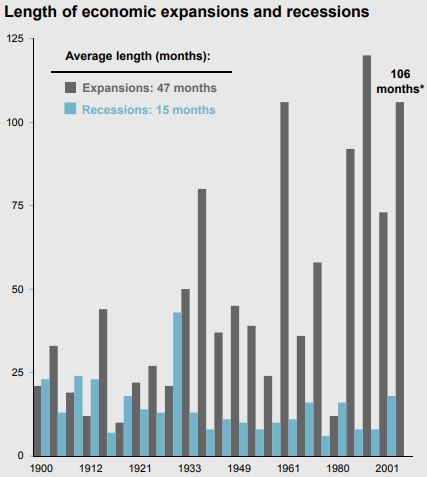 The visceral reaction would be to think that this amazing economic run must be coming to an end soon.  That very well may be the case.  However, before making that determination, we should ask ourselves; why can’t this expansion continue, and set an even longer expansion record?

The blue-chip consensus of over 50 top economic forecasters anticipates solid growth through the end of this year as well as in 2019.  Goldman Sachs projects a 90 percent probability that this expansion will break the prior record set during the ‘90s tech boom. [ii] If this expansion lasts through 2019, that would put this expansion at 126 months in length, shattering the old record by six months. [i] 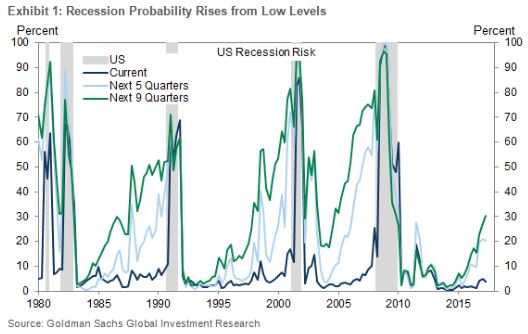 Even with the probability of recession rising from the benign levels we’ve been seeing since 2010, the risk of recession for the next nine quarters is only 31 percent. [iii]

In my opinion, exceeding the prior expansion record is entirely possible, especially after examining the elements of that expansion.  The expansion lasted from March 1991 to March 2001. What was happening during that time? 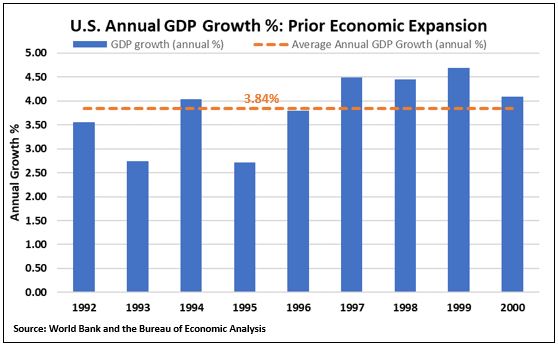 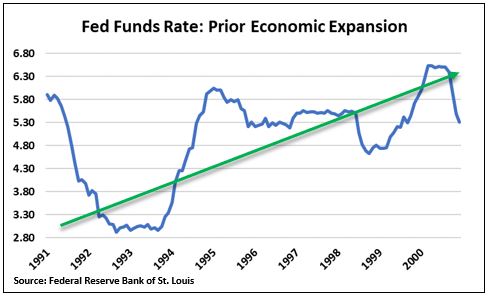 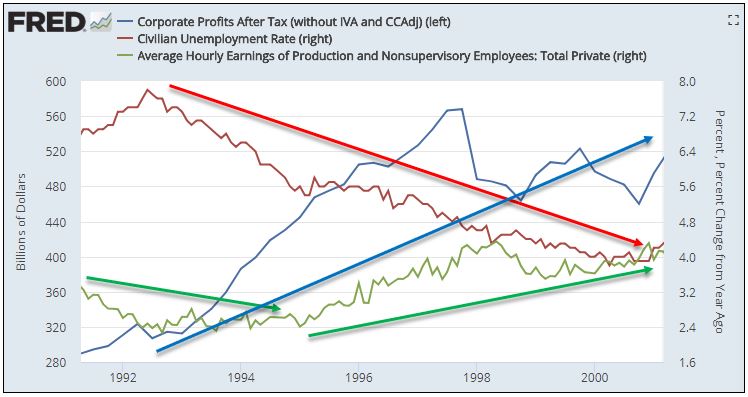 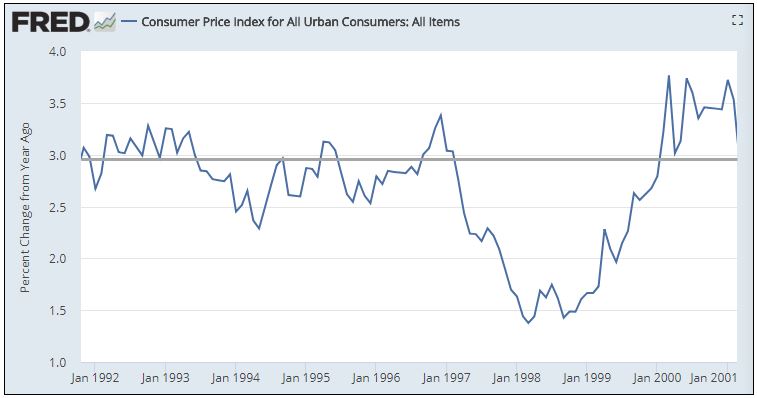 Of course, the outcome from all of this was a roaring stock market, that frankly led to “irrational exuberance.” But, as you can see from the above, fighting inflationary forces should have been the telltale sign.

Compare all these data points to today, and you can see some similarities:

With the innovation by companies such as Amazon, Netflix, Google, Uber, and Tesla in areas such as artificial intelligence, autonomous vehicles, and machine learning; these whole industries that are massive consumers are rapidly changing technology as we know it, all while lowering price points for consumers.  With consumption comprising 70 percent of our economy, these disruptive companies are likely a significant contributor to fueling a lower wage and lower inflation expansion this time around.

While it’s clear that we are in the rising rate phase of this expansion, with the Fed Funds Rate currently sitting at 1.75 percent (versus the approximate 5 percent rate during the prior expansion in the ‘90s), it’s clear we have ample room for interest rates to rise. [vi]

Furthermore, and going unnoticed by many, the Federal Reserve has added the following new tools to increase the effectiveness of monetary policy:

In simplest form, these give the the Federal Reserve better control over the Fed Funds Rate and, more important, provide banks with incentives and disincentives to loan out excess money.

To the extent one would attribute the last historic expansion to low inflation, reasonable but muted wage growth, low (for the time period) interest rates, and sound monetary policy, it would appear that we are on a trajectory now to far surpass this previous expansion.

To the extent that one would overweight productivity as a driving force, the party may be over sooner than we think.  It’s my opinion, productivity is changing and consumer delivery habits are changing as a result of the expansion in shared work force and the gig economy.

Under these circumstances, why not have an expansion that lasts longer than ever?