Will Europe Finally Pay Off?

It seems that the European Union (EU) is breathing a bit more easily now that centrist candidate Emmanuel Macron has won the French presidency in last weekend’s election. Macron’s pro-EU stand will likely help strengthen the EU as a whole, which will likely put the squeeze on the United Kingdom and its desire to exit.

After a multiyear corporate earnings drought, Europe is finally awakening. 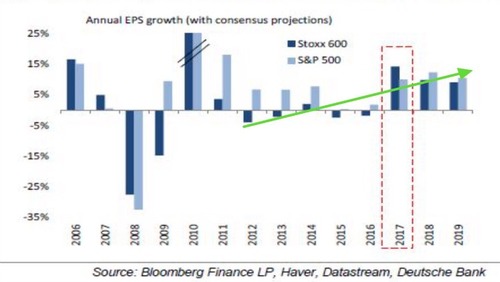 In fact, with just over 90% of companies having already reported Q1 2017 earnings, Europe is expected to post a higher EPS growth rate than the United States. [i]  In my opinion that is pretty attractive EPS growth; for comparison, consider that if earnings were concluded today, the United States would post EPS growth of 13.6%, the highest year-over-year EPS growth for the S&P 500 since Q3 2011 (16.7%). [ii]

To further my point, the gap between U.S. and EU earnings is substantial and could likely be a catalyst driving improved future performance in European markets. 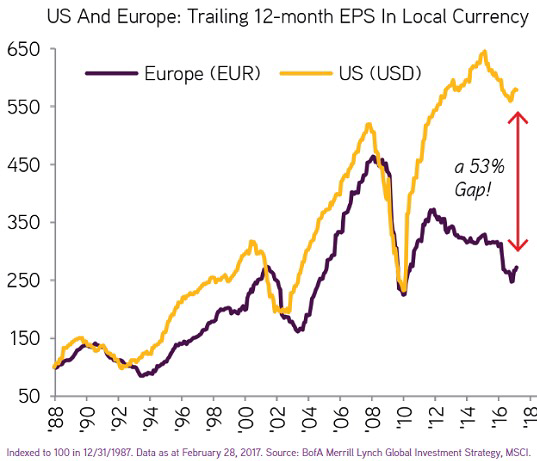 In addition, European equities are trading at lower valuations, based on their twenty-five-year averages, relative to their U.S. counterparts. [iii] 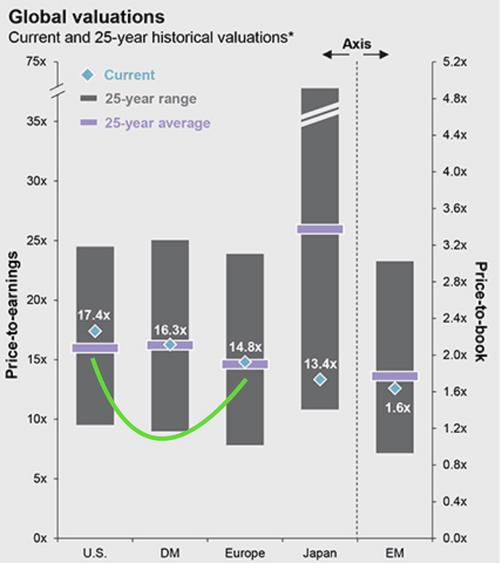 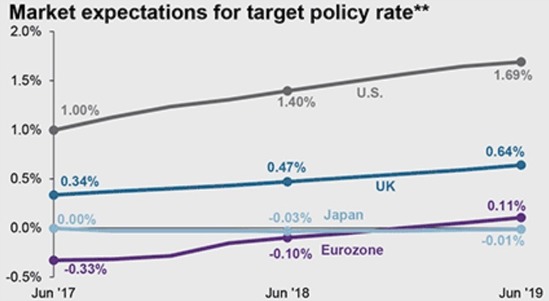 Needless to say, all of this provides strong benefits for U.S. equities as well.  Remember, a large percentage of U.S. companies derive significant sources of revenue and earnings from overseas.  According to FactSet, companies that have larger overseas exposure have experienced higher year-over-year earnings growth in Q1 2017. [ii] 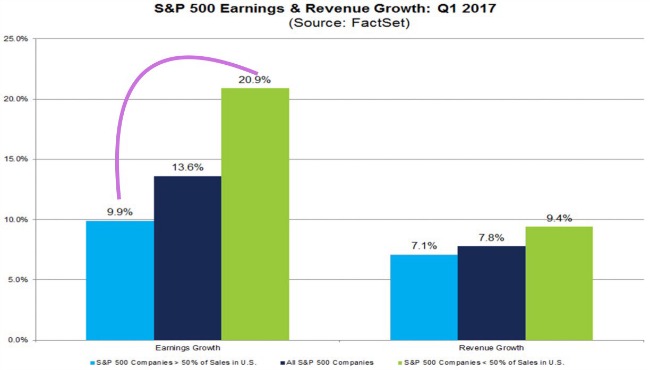 My take on all of this – lower valuations, lower interest rates, and higher year-over-year EPS growth – all suggest that our allocations to developed markets, especially Europe should pay off.

If you have questions or comments, please let us know.  We always appreciate your feedback.  You can get in touch with us via Twitter and Facebook, or you can e-mail me directly.  For additional information, please visit our website.