Will They Zig When They Should Zag?

On Wednesday, the Fed will meet to discuss the future of interest rates in the United States. Most commentators don't anticipate a rate increase at the March meeting, yet they do expect more certainty around rate hikes in the near future.

With the removal of one word ("patient") from its official statement around rate hikes, we will be led to believe the Fed’s meeting in June will contain a 25 basis point hike in the Fed Funds rate.[i,ii]

Certainly the Fed could be pushed toward more immediate rate hikes by the employment situation. The average number of jobs added to the US economy over the last six months is 303,000.[iii] This is a strong indicator of a sustainable recovery.

However, there are a couple of trends we have discussed in recent posts that are becoming amplified as the year progresses.

The strong dollar we discussed in a post on March 2, 2015, suggested the strength of the US dollar relative to the Euro and Yen will have a major impact on large US exporters including companies like Johnson and Johnson, Procter & Gamble, and Abbott Labs.

While the United States is not as export dependent as other countries, there is still significant consequence from the strong dollar.[iv] 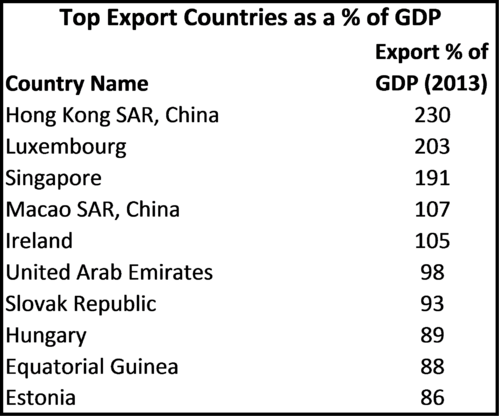 In fact, foreign-generated revenues account for 46% of sales by S&P 500 companies.[v] CNBC noted a fairly consistent narrative from recent company guidance that currency impact is reducing 2015 earnings and/or revenues by 1% to 4%.[vi]

What's slightly alarming is the dollar has gotten even stronger since our last post on this topic.[vii]

You can see from the data below, these elements are not looking very strong. 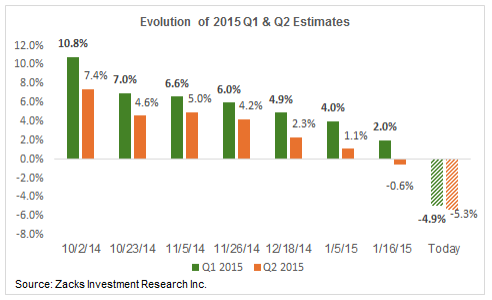 We've written about the trouble with earnings in several posts (Do Nothing…Recently?, That Was Ugly), so this should be nothing new to our many thousand readers.

In fact, we are in the "quiet period" of earnings and indeed volatility has increased as anticipated.[x]

The Dow Jones Index has also had 7 triple-digit moves since our February 23rd blog on the “quiet period”.[xi]

Finally, inflation is inconspicuous and the latest data suggests as much.[xii]

In light of this narrative of a stronger US dollar, slower EPS growth, declining inflation, and the unknown consequences on the US economy, the Fed's direction on Wednesday will be telling.

Unfortunately based upon the Fed Board Members’ latest indications, the increase in interest rates looks almost inevitable sometime in the middle of 2015.[xiii] 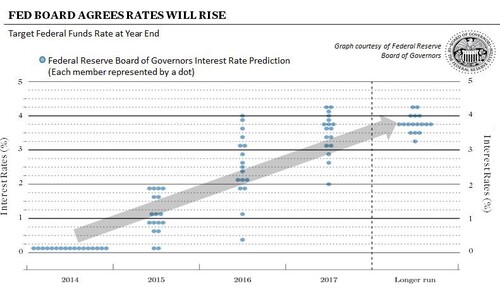 The time frame of your plan will become much more critical as we flounder our way through this next period of uncertainty. “Will they Zig when they should Zag?” seems to be the question of the week.

I'm off to China in the hopes of learning first hand what's going on in a region where we are invested and will report back soon.

[xiii] Federal Reserve Board of Governors.