On a global macroeconomic level, two things are occurring simultaneously at opposite ends of the world: President Trump is in the process of selecting someone to chair the Federal Reserve, whereas, in China, the Communist Party is selecting a chair to lead China forward. (Note: There are 90 million Communist Party members trying to control nearly 1.2 billion people.) [i]

Although these two events seem to be polar opposites you might be surprised how connected they really are.

Allow me to lay out a simple economic principle that may explain what’s creating the lack of wage growth in the U.S. economy and perhaps the lack of productivity growth as well.  Currently, capital (defined as financial assets, property, plant, and equipment) is relatively cheap compared to labor (defined as wages, benefits, and taxes paid).

Capital is cheaper than labor simply because long-term interest rates are at historic lows, where they have been for a long period of time. [ix]

This, along with the Federal Reserve's near decade-long interest rate reduction program, which has only recently ended [vii], has made labor the big loser.  It’s cheaper for a business to buy automation or invest in efficiency- improving and profit-enhancing capital rather than hiring more people. This usually results in an increase in the cost of labor. 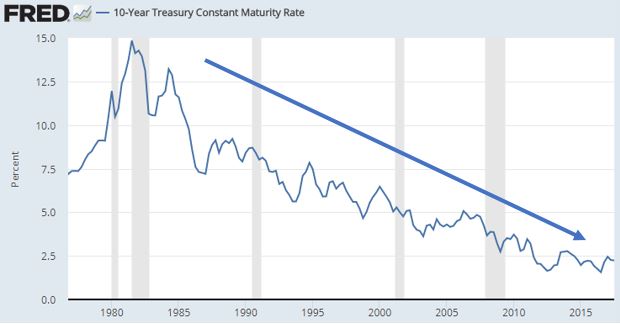 However, President Trump’s pick to lead the Federal Reserve may end up with a pretty boring job because as we will suggest, China may have more to do with U.S. long-term interest rates than the Fed.

In our opinion, here’s how this plays out economically:

China is now the largest owner of U.S. Treasuries, surpassing Japan.  Since the U.S. dollar began to weaken, China has been able to use its reserves to purchase U.S. Treasuries instead of buying its own currency. [iii]

Unless China is going to take specific actions to provide more social and health security to its citizens, we will likely expect the Chinese consumer to continue saving disproportionately.

From an investor perspective, we may see lower long-term interest rates lasting longer than the Fed might like.

Further, this may continue to spur capital investments and hold wage inflation to benign levels of around 2.5 percent or less. [xii] 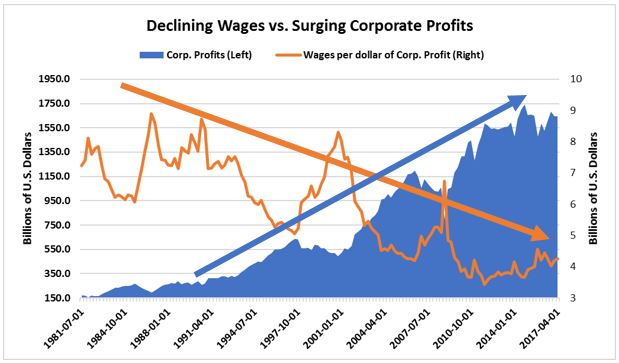 It would appear that China may have more to say about U.S. interest rate policy, wages, corporate profits, and capital investments than does our own Federal Reserve. So perhaps China’s President Xi Jinping is the de-facto Chair of the Federal Reserve.