If the S&P 500 is any guide, the American Economy is back on track. Reuters reported that we hit a five-year high on the index last week, and it also appears we will not have a nasty showdown over the debt limit in the coming weeks—all good news indeed.

The question that still looms large in my mind is will the American Consumer return to his or her normal ways? When I mean normal, I am referring to borrowing and shopping.

So far, this post-recession recovery has been exceedingly muted. According to Bloomberg, we are averaging about 2.25% in real GDP growth since the economy bottomed out in Q3 2009. While that does not seem so bad, it actually is low when it comes to recession recoveries, which historically have been 3.0% in real terms, and 6.3% in nominal terms. 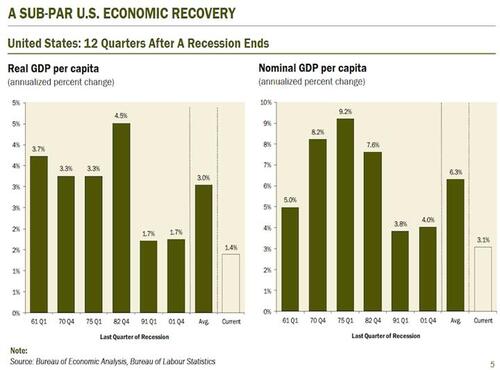 With 70.4% of our GDP driven by consumption, it's important to ask, has consumer behavior changed—and if so, when will it change back to normal?

Even more troubling is consumers attitudes towards a return to normal. According to the latest COUNTRY Financial Security Index survey, just 27 percent think the old, pre-recession economy will return. Half of these Americans don’t expect to see it return until 2015 or later.

The survey went on to suggest that 35% of Americans are dealing with the "new normal" by cutting spending or downsizing—not exactly the news you want to hear if you’re betting on a quick recovery in consumption.

Before we write off American Consumerism as dead, we should test all of this negativity against the largest purchase a consumer makes: their home. It appears home ownership, in spite of the trillions lost and millions of foreclosures, still appeals financially to the vast majority of Americans. 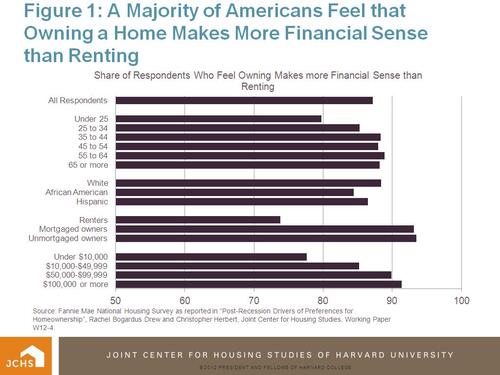 Attitudes and fear appear to be immovable objects when it comes to a return of the American Consumer. I would not bet in the short run on the type of consumption habits that we saw in 2006 or 2007. However, I would also not bet against the long range return of the consumer. I would adjust my holdings to reflect those beliefs as we have done in many of our allocations.