The trend in jobs continues to disappoint and suggest a very sluggish economy in the months to come. The US economy added only 169,000 jobs in August, and the current 3 month average is 148,000 jobs per month.[i] At this rate, all else being equal, it will take us until November 2015—26 months—before we get to 6.5% unemployment.[ii]

What's worse is another 312,000 people dropped out of the labor force last month[iii] bringing the participation rate to a low not seen since August 1978. 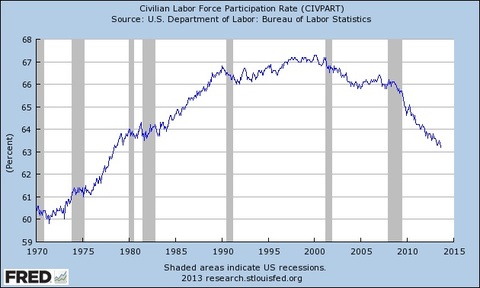 At the same time, we have seen a steady rise in interest rates since May.[iv] 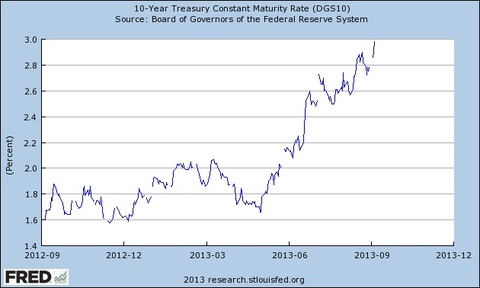 There has not been a tremendous amount written about the correlation between interest rates and job growth. Some speculate that low rates encourage more spending and leisure. If you can't make money with you savings, you might just consume it now as the thinking suggests. Certainly low rates have correlated to the participation rate, as you can see below.[v] 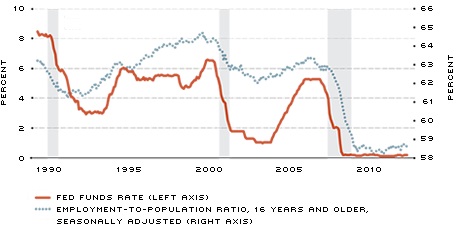 What is well documented is the correlation between capital and labor. To put this in simple terms, when the cost of capital (plant and equipment) is cheaper than labor, more money is allocated to capital expenditures as opposed to adding labor. Companies would prefer to spend on technology, manufacturing lines, robotics or other capital equipment to avoid adding expensive labor. Low interest rates certainly encourage this.

When rates rise, at some point adding labor becomes cheaper than the cost of adding capital equipment and facilities. 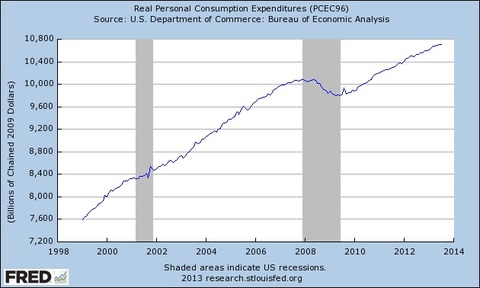 At the same time, it might be keeping a lid on job growth if capital is cheaper to invest in. At some point, if theory holds true, higher rates might lead to acceleration in spending on labor, higher wages and more consumption. The question then becomes how high is too high.

Certainly a tilt toward more growth oriented stocks that are less dependent on debt financing could benefit from the continued rise in interest rates. Further, as rates rise the dollar should strengthen, which makes foreign goods cheaper. Emerging market stocks and bonds would certainly benefit from a stronger US dollar relative to their currency.