Did the Fiscal Narrative Just Crash?

What makes 2017 such a challenging year for investing is the transition from a central-bank fueled economy to one that is propagated by a wide range of fiscal policy initiatives:

We knew going into 2017 that we would be facing more Fed Funds Rate increases.  March kicked off the first of three likely increases for the year. [i] 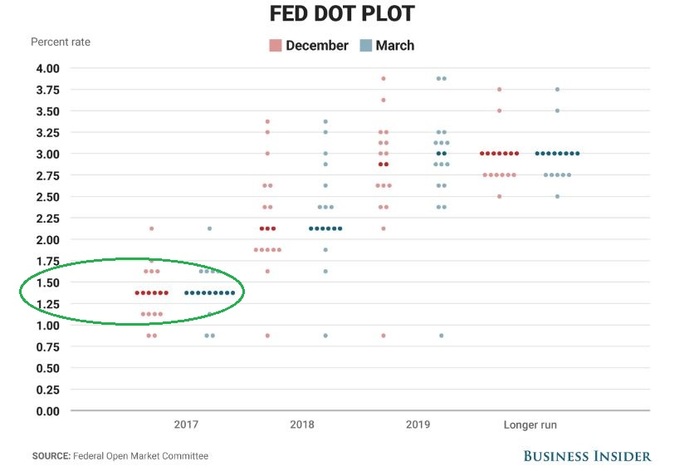 We also came to believe that fiscal policies like those detailed above would be easily approved by one party that seemed to be in control of policy.

With the failure to repeal and replace Obamacare last Friday, the successful implementation of fiscal policy is certainly in question.

The President faced a downright hostile wing of the Republican Party.  According to the Wall Street Journal, some strident Republicans opposed him, despite facing what may be tough re-elections coming up. [ii] 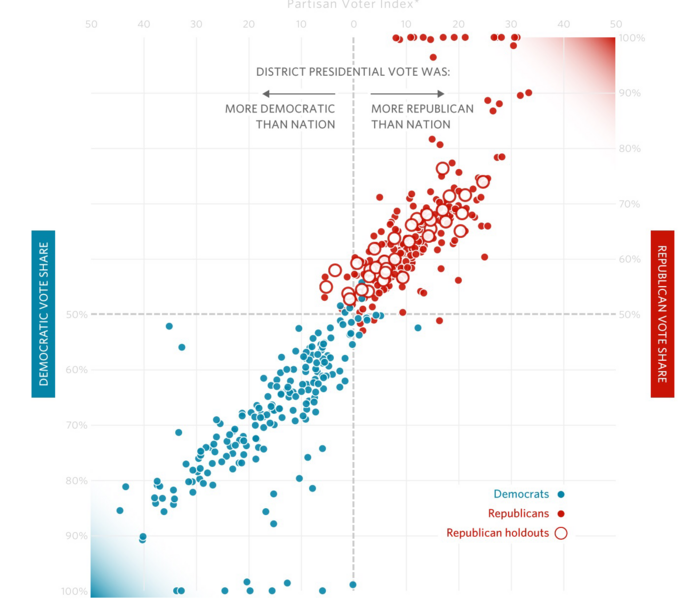 Based on the graph above, you can see opposition to the repeal of Obamacare came from a wide swath of Republicans, including those who are most conservative.

While one defeat hardly suggests the death of the fiscal narrative, it’s important to consider the data that may have contributed to the recent failure.

Like most investors, I would have preferred for Trump to tackle tax cuts first before taking on health care.  Despite my feelings, it seems the White House preferred the nearly $1 trillion in savings that would have likely been generated over the next decade as a result of the repeal of Obamacare.  The idea behind this option was to support larger tax cuts down the road. [iii]

“...The savings that you achieve through the first reconciliation of healthcare, which we’re doing through the 2017 budget process, which still continues, allows us to utilize the savings in that process to maximize additional tax reform measures that will start in the FY2018 reconciliation process.”

Additionally, as I wrote in a past market commentary, the President’s approval ratings matter.  The day before the health-care vote was slated, a Rasmussen survey was released that did not find such support for the President. [iv] 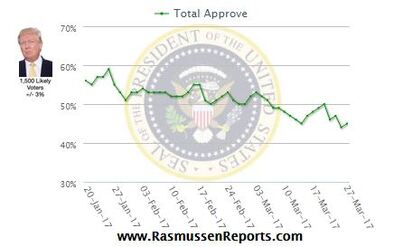 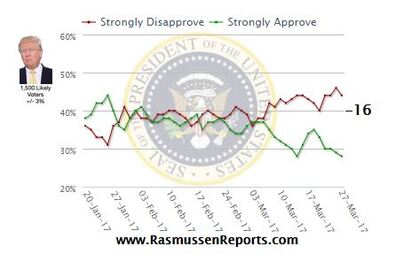 In fact, it appears that Trump’s strongest constituents, white males, strongly disapproved of the handling of health care, according to a poll released last week from Quinnipiac. [v]

So what does this mean for the investor class that saw a rally just shy of 10% following the November election? [vi] The instinctive reaction would be to assume that the market would pull back that 10%.

As I have opined in many of my past market commentaries, corporate earnings growth has been improving, coinciding with Trump’s election.  In fact, we recently emerged from a long earnings recession that ended in Q3 2016. [ix]

To add a little color, let’s look at valuations at the time of Trump’s election.  At that time the forward P/E of the S&P 500 was 16.6x estimated earnings. [vii] 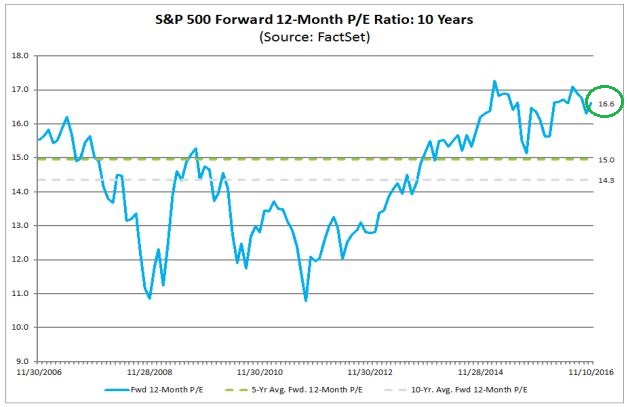 Today the forward P/E is slightly higher, at 17.5x the next 12 months, estimated earnings. [viii] You can see that some of this rally was driven by strong earnings growth and not pure speculation on Trump’s fiscal agenda. 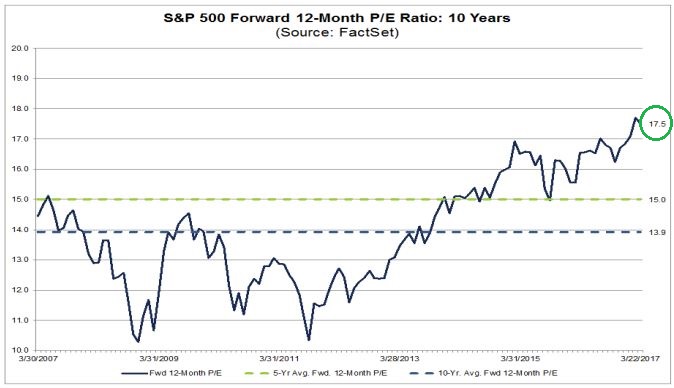 Suffice it to say this: we can consider the speculation of a fiscal narrative to be worth about 7%.  It's simple math: 10% market rally minus 3% EPS growth equals 7% rally from speculation on Trump’s fiscal policies.

If we assume that the Obamacare train wreck we just experienced translates into a total bust for Trump’s entire fiscal policy, we might expect an approximate 7% pullback in the market.  However, I don’t think it’s a total loss; although, this could translate into less in tax cuts.  Perhaps a pullback of more than 7% would represent an attractive buying opportunity.

Needless to say, it would be nice if fiscal policy supported earnings growth, but at least corporate America has it figured out in the short run, whether there’s a crash in fiscal policy or not.

If you have questions or comments, please let us know.  We always appreciate your feedback. You can get in touch with us via Twitter and Facebook, or you can email me directly. For additional information, please visit our website.