Over the weekend Japan, the world’s 3rd largest economy and 2nd largest developed economy, held a historic vote. Their Prime Minister, Shinzo Abe, basically won control of both parliamentary houses and now has a mandate to continue to push his economic reforms.[i]

He has pushed for fiscal, monetary and policy reforms that promote job growth, corporate spending and personal consumption.

All of this is good for our global economy. Japan represents almost 10% of global GDP and having them become more consumption-oriented can only help us.

Unfortunately, Japan suffers from a symptom that is becoming quite familiar to us Americans. Corporations in Japan are hoarding cash.

We have written on many occasions about the massive amount of cash US Corporations are sitting on.[iii] 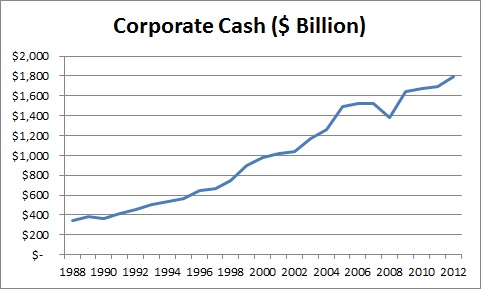 If Japanese companies spend something as little as 10% of their cash they would add 4.0% to their GDP, and if US companies did the same, we would add 1.1% to our GDP[iv]. It is clearly a big issue. 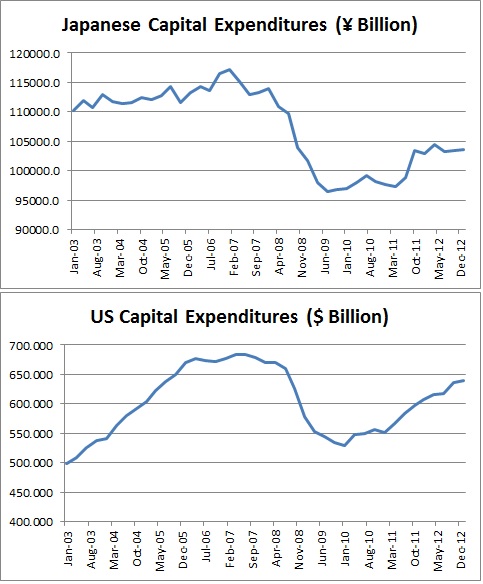 There could be one critical additional reason companies are holding cash. Things are getting cheaper while they wait.

Look at Japan's inflation trends You can see that over the past decade, inflation has been hovering around zero and often dips into deflation.[vi] 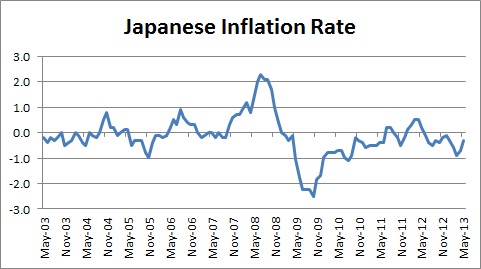 Now look at our inflation trends. We don’t have deflation on Japan’s level, but inflation in recent months has been very low.[vii] 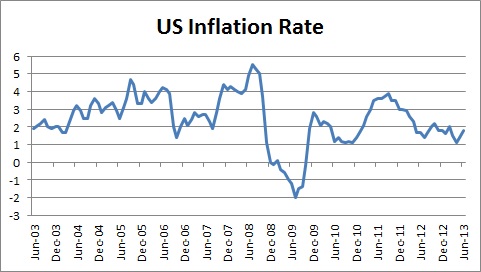 If capital expenditure items are getting cheaper—or at least, not getting more expensive— corporate managers don’t have urgency to spend today. That thesis can probably be made for workers as well. As you can see below, wage growth adjusted for inflation has been stagnant, and in some months, it has actually shrunk.[viii] 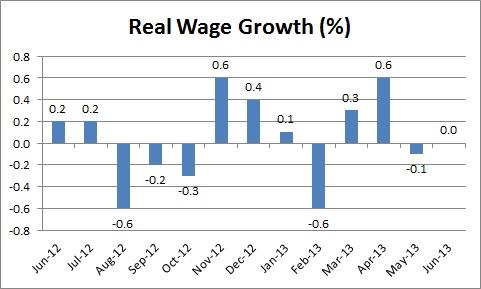 Inflation is a call to action. It forces our hand to make decisions to spend today versus waiting until tomorrow when things get more expensive.

Japan has acknowledged this problem by trying to persuade companies to spend. Abe said in May on the campaign trail that he is seeking to increase Japanese capital spending by 10% in three years through a number of measures:[ix]

What we need to get the economy moving is inflation to create the urgency to spend down the large cash reserves, and the current (low) inflation rate isn’t enough.

[iv] Source for GDP information: Bloomberg LP. Percent added to GDP if cash is deployed is calculated as 10% of corporate cash divided by the most recent GDP figures.