Sentiment Is A Serpent!

As we anticipated, last week the Fed announced another increase of 25 basis points to the Fed Funds Rate. [i] This comes as no surprise to many investors. Yet what may come as a surprise is that the banks sold off 1.26% following this announcement. [ii] 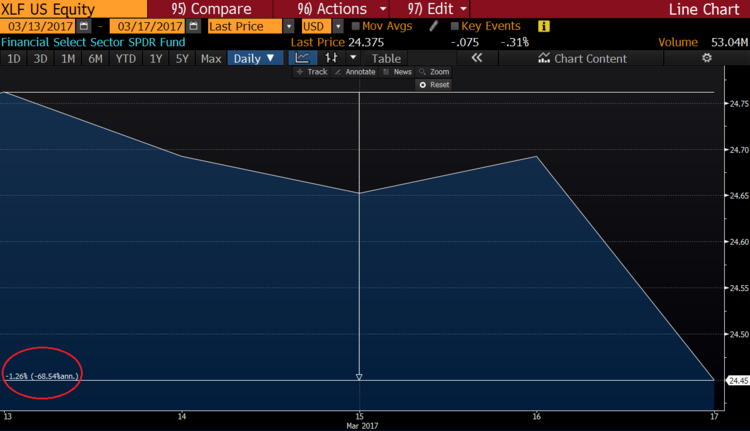 The Fed announced that they are on track for two more rate hikes this year.  This is less than what the market was already pricing in (four rate hikes). [iii]

Take a look at the Fed Dot Plot: 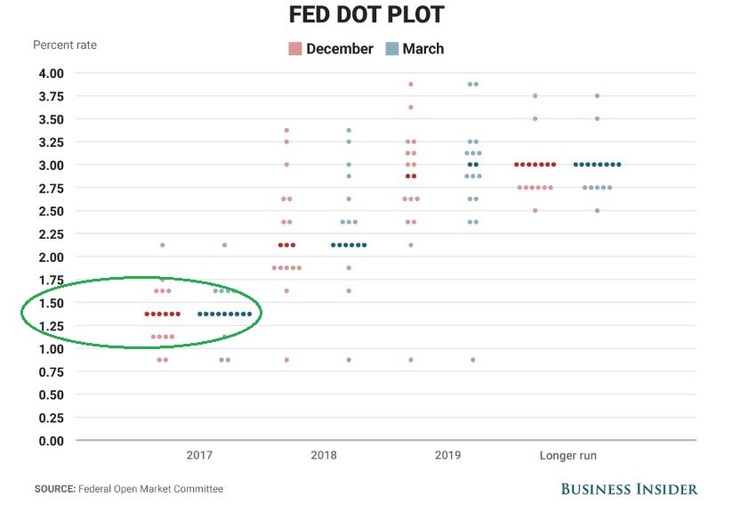 The median projection still estimates that rates will likely be between 1.25% and 1.5% at the end of 2017. [iii] While expectations haven’t changed much, the announcement was more dovish than recent ones. Despite sentiment being at historically high levels, we are seeing a slight repricing in the market because of the discounting of this new information.

Investor sentiment is often measured by, ‘Animal Spirits,’ which we wrote about in a previous weekly commentary. The surge in 'Animal Spirits' to historically elevated levels has likely been a contributing factor to the market’s run following the 2016 U.S. Presidential Election. However, this surge isn’t always the best barometer for market health. In fact, surges in ‘Animal Spirits’ are often related to surges in ‘soft’ data rather than ‘hard’ data. [iv] 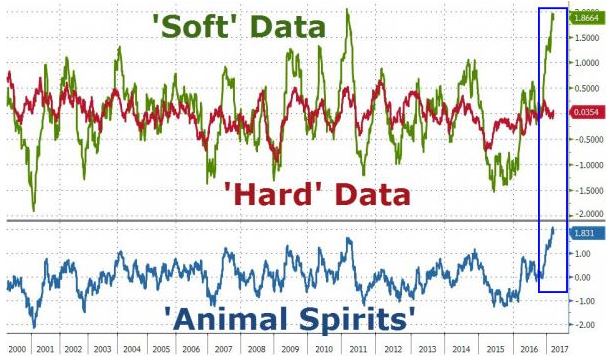 The VIX, which many investors refer to as the fear gauge, is also trading at historically low levels. This would coincide with the markets nearing all-time highs and elevated investor sentiment.

One of the VIX’s most important characteristics is that it’s a mean-reverting index. In simplest terms, it’s not likely to stay at these levels forever. In fact, the 10-year average value of the VIX is 20.71, a level roughly double where we currently sit. [v] 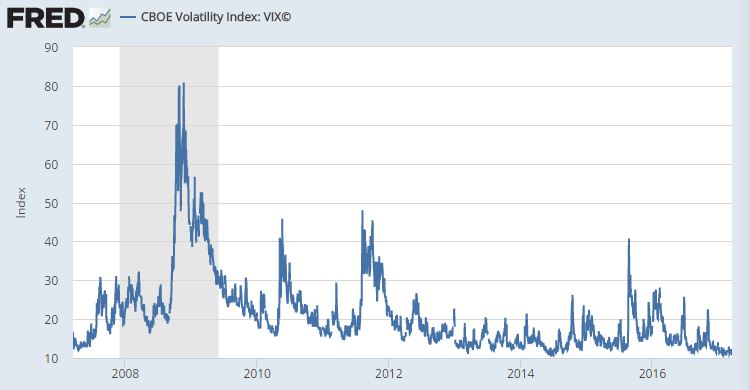 Quick changes in sentiment can drive a surge in the VIX.  Quite often this leads to periods of brief market corrections. This should not be a new revelation.  It’s not uncommon for us to experience various market corrections throughout the year. [vi]

However, sentiment remains this lurking serpent – and many investors don't know it's there until it drags them under. In those situations, the quicker, more drastic, and irrational reactions can at times create even more trouble.

Market characteristics like these are why I stress the importance of sound portfolio construction. However, don’t mistake my caution for a change in bullish attitude. In fact, the water still remains warm, and we intend to keep swimming. Regardless of when that serpent decides to strike, we’re prepared!

If you have questions or comments, please let us know.  We always appreciate your feedback. You can get in touch with us via Twitter and Facebook, or you can e-mail me directly. For additional information, please visit our website.