The Dollar vs. Phillips...I Bet on the Dollar

Last week marked another inflection point in a series of volatile weeks for the stock market. [i]

We still maintain one of the main drivers of the volatility is that global investors are realizing Q4 2015 corporate profits being reported are abysmal. While this should be no surprise to our readers as we have been reporting this for several months, it certainly seems like a shock to many. [ii] 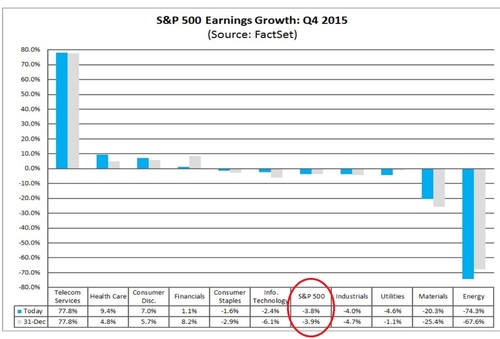 Although 70% of companies are beating earnings estimates as of Friday, they still show no growth. In fact, they show a decline of -3.8% which is slightly better than expectations of -3.9%.

It should become increasingly clear to investors and hopefully the Federal Reserve that any upcoming rate increase is not in the cards.

With other countries cutting interest rates and using monetary policy to stimulate their economies, our Federal Reserve cannot zig while they zag. [iii] 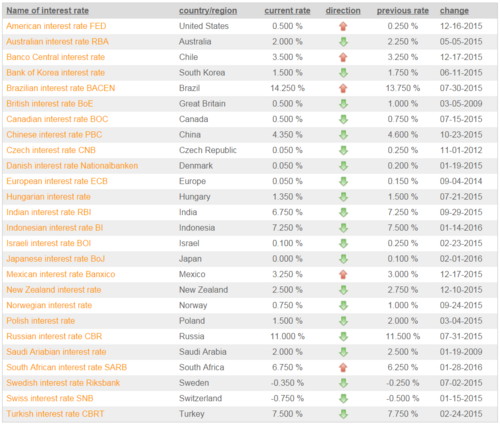 If the Fed does continue to raise rates, it expands the conditions that will lead to further declines in earnings. You see, a rise in U.S. interest rates will make the already strong U.S. Dollar even stronger relative to the Yen, Euro, and Yuan. This will hammer the earnings of American companies which have overseas operations by creating more drag on currency translation as well as making our U.S. manufactured goods more expensive and harder to export to foreign markets.

Let's hope the Fed has not already done too much damage. For the first time in a long time, we are seeing a flattening of the yield curve. This is the preeminent leading indicator of a recession (read our primer on yield curves from a prior post here). 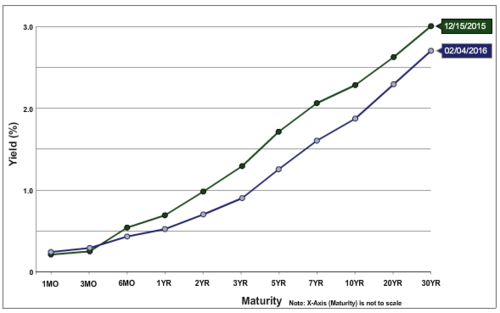 Looked at another way you can see the difference between the 2-year and 10-year Treasury is falling. This certainly could be a precursor to a recession if the spread continues to narrow, as it has in the past. [v] 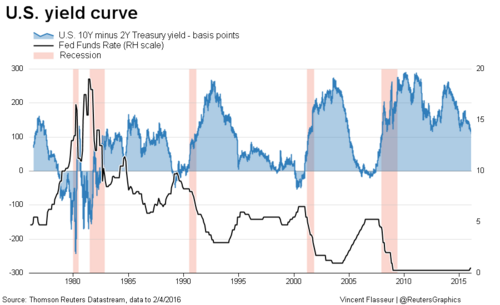 It should be obvious to the reader and the Fed that we should suspend further rate increases to avoid more damage beyond the over $2 trillion lost in the equity markets, and support a policy that helps American companies compete overseas. [vi]

However, there is a small problem with this notion.... the Phillips Curve. While this theory shares my last name, thankfully there is no relationship. The theory goes something like this: As unemployment drops, inflation will pick up. Makes sense intuitively. When more people are working, wages are driven higher which means there is more money chasing the same level of goods and services; voilà - inflation. The Fed's job is to fight inflation by raising short-term interest rates and some pundits think the Chairwomen of the Fed is a Phillips Curve follower.

With the recent report on unemployment showing a drop to 4.9% down from a peak of 10% in October 2009, there is certainly some impetus to raise rates based on unemployment alone. [vii]

The data suggests the Phillips Curve is bogus in practice. [viii] 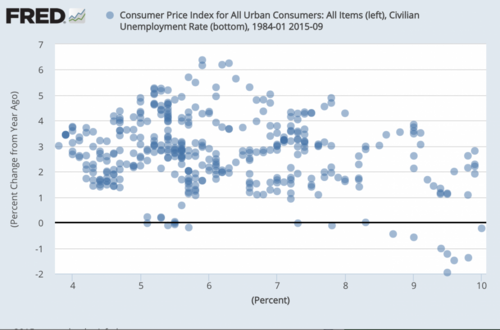 As you can see there is some relationship between inflation (left) and unemployment (bottom), but only very loosely.

After 600 words I could perhaps put it simply:

Now might be the time to tiptoe into S&P 500 companies (ex-energy) and unwind any dollar hedges. It's a bet on the Chairwomen coming to terms with how bogus Phillips really is (and I'm not talking about me or our firm)!